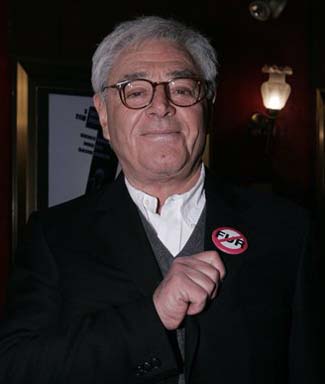 Hideki Irabu and the New York Yankees made sure Mike Piazza, Orel Hershiser and the Mets' Express hit the end of line Sunday.

Irabu pitched seven effective innings and the Yankees averted a Subway Series sweep with a 6-3 win before a crowd of 53,869, the Mets' largest at Shea Stadium since 1972.

"Personally, I'm glad it's over with," Yankees manager Joe Torre said. "But if we meet again in October, then I'll get excited."

The Yankees denied Hershiser (9-6) his 200th career victory. They did it despite three more hits from Piazza, whose home runs helped the Mets win the first two games of the set.

"I think we've heard all the arguments -- is it overkill or too many games?" Piazza said. "You look at this series and you wonder if it's not enough games. Maybe they should break up both leagues and put us in the same division."

Ricky Ledee hit a three-run homer and his replacement, Chad Curtis, had a two-run single as the Yankees stopped a three-game losing streak to the Mets and finished 3-3 against them this season.

"Today there was some pressure, and I definitely felt it," Irabu said through a translator.

The World Series champions own a 7-5 edge over the Mets in three years of interleague play. The Yankees were not desperate for a win against their city rivals heading into the All-Star break, but general manager Brian Cashman admitted he had heard from owner George Steinbrenner.

"You don't want to get swept by anyone," Torre said. "We understand this weekend is special for the fans, but it's baseball for us."

With New York Mayor Rudolph Giuliani making no attempt to hide his rooting interest for the Yankees from a front-row box next to their dugout, and another 50 fans chering from a subway platform beyond the right-field fence, the teams traded the lead in the early innings.

Irabu (6-3) settled down and won his fifth straight decision, striking out eight. He escaped a first-and-third, no-out jam in the fourth to keep it tied at 3.

"That was the biggest point in the game, a big chance for them," Irabu said.

After Piazza singled leading off the fifth, Yankees pitchers retired 15 of the final 16 batters.

Mike Stanton pitched the eighth and Mariano Rivera worked the ninth for his 23rd save. A day earlier, the Mets scored twice in the ninth off Rivera and overcame the Yankees' six-homer barrage for a 9-8 win.

Hershiser was trying for his sixth straight victory and was hoping to become the 95th major league pitcher to win 200 games. Instead, he gave up a season-high 10 hits and left in the fifth.

"This was exciting and fun," he said. "Do you want to finish and win this game? Yes. Bit is the season over? No."

Ledee put the Yankees ahead 3-2 in the fourth when he homered for the second straight day. In the bottom half, after an RBI double by Rey Ordonez tied it, Ledee made a running catch on John Olerud's sinking liner to left field, stranding runners at the corners.

Rigo Beltran relieved with the bases loaded and no outs and Curtis, batting for Ledee, hit a two-run single on the first pitch. Curtis contributed in the bottom half, making a leaping catch in left on Roger Cedeno's drive.

Piazza and Robin Ventura hit RBI singles with two outs in the third for a 2-0 lead.