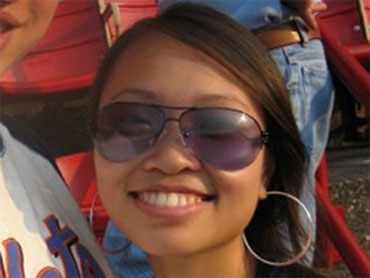 Traumatic asphyxiation is characterized as a severe compression of the thorax, or the chest, and is sometimes called "crush asphyxiation". The method of choking requires intense pressure on the victim, comparable to the way a python kills its prey.

A short statement about the autopsy was released Wednesday by Dr. Wayne Carver's office. The report comes three days after 24-year-old Annie Le was found hidden inside the basement wall of a Yale medical school research building.

Police have called Yale lab technician Raymond Clark III a "person of interest" in the case and have collected DNA and other physical evidence. No charges have been filed.

1 killed, 8 wounded in shooting at California party
Thanks for reading CBS NEWS.
Create your free account or log in
for more features.
View CBS News In
CBS News App Open
Chrome Safari Continue
Be the first to know
Get browser notifications for breaking news, live events, and exclusive reporting.