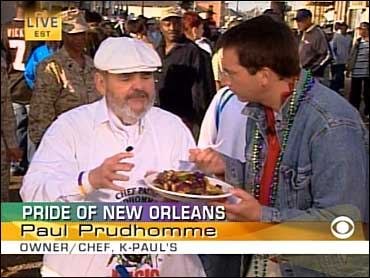 Internet stocks got a lift Thursday as Yahoo's stronger-than-expected quarterly results set the stage for a round of positive reports from the cyber group.

After the market closed Wednesday, the Santa Clara, Calif.-based portal company said it earned 11 cents a share in its fiscal second quarter. That was 3 cents above the consensus estimate compiled by earnings research firm First Call.

(Yahoo Chairman and CEO Timothy Koogle talked to CBS.MarketWatch.com Thursday about the results. Watch the interview.)

Sales for the quarter hit $115.2 million, soaring past the $45 million recorded in the year-ago period.

Bruce Smith, an analyst at Jefferies & Co., reaffirmed his $300 price target on the Internet darling. Analyst James Preissler at PaineWebber raised his target by $10 to $155, and Warburg Dillon Read and Credit Suisse First Boston, which also upped their targets, both reiterated "buy" ratings on Yahoo.

Henry Blodget, a leading analyst at Merrill Lynch, reiterated his long term "buy" rating and raised his estimates to reflect the acquisition of Broadcast.com.

Broadcast.com, which reported second-quarter results, said revenue rose 130 percent to $13.5 million and its loss narrowed to $1.9 million from $3.5 million in the same period last year. Shares of Broadcast.com slipped 2 3/8 to 126 1/2.

Yahoo's good cheer was celebrated by all.

"Because Yahoo is both the leading pure-play portal company and the first in its sector to report earnings, we believe the company's earnings announcement affects investor sentiment toward all related Internet stocks," said Smith, the Jefferies analyst.

"We continue to build Yahoo into the place for anyone to get connected worldwide," said Yahoo Chief Executive Tim Koogle, who addressed analysts on a conference call after the earnings release.

"As always, you can expect us to continue to manage our business and aggressively grow it," said Koogle.

Yahoo's revenue grew by 24 percent from the previous quarter.

Yahoo also reported 310 million page views, up 32 percent from the previous quarter's 235 million. These page views, however, include GeoCities traffic of 40 million.

Registered users, who tend to be more loyal and visit more often, grew to 65 millio from 47 million in the first quarter. As Yahoo builds up user profiles, it's able to attract more advertising dollars. Yahoo executives noted that the company had 2,700 unique advertisers in the quarter.

Analysts asked Koogle to elaborate on the kinds of future purchases or partnerships he would entertain and on rumors about a deal with media giant Time Warner.

"Our approach has always been to build" a big base, said Koogle. That's attractive to media, merchants and communications companies. "We continue to be an attractive partner to a media company," he said, but there are also "huge benefits to remaining independent."