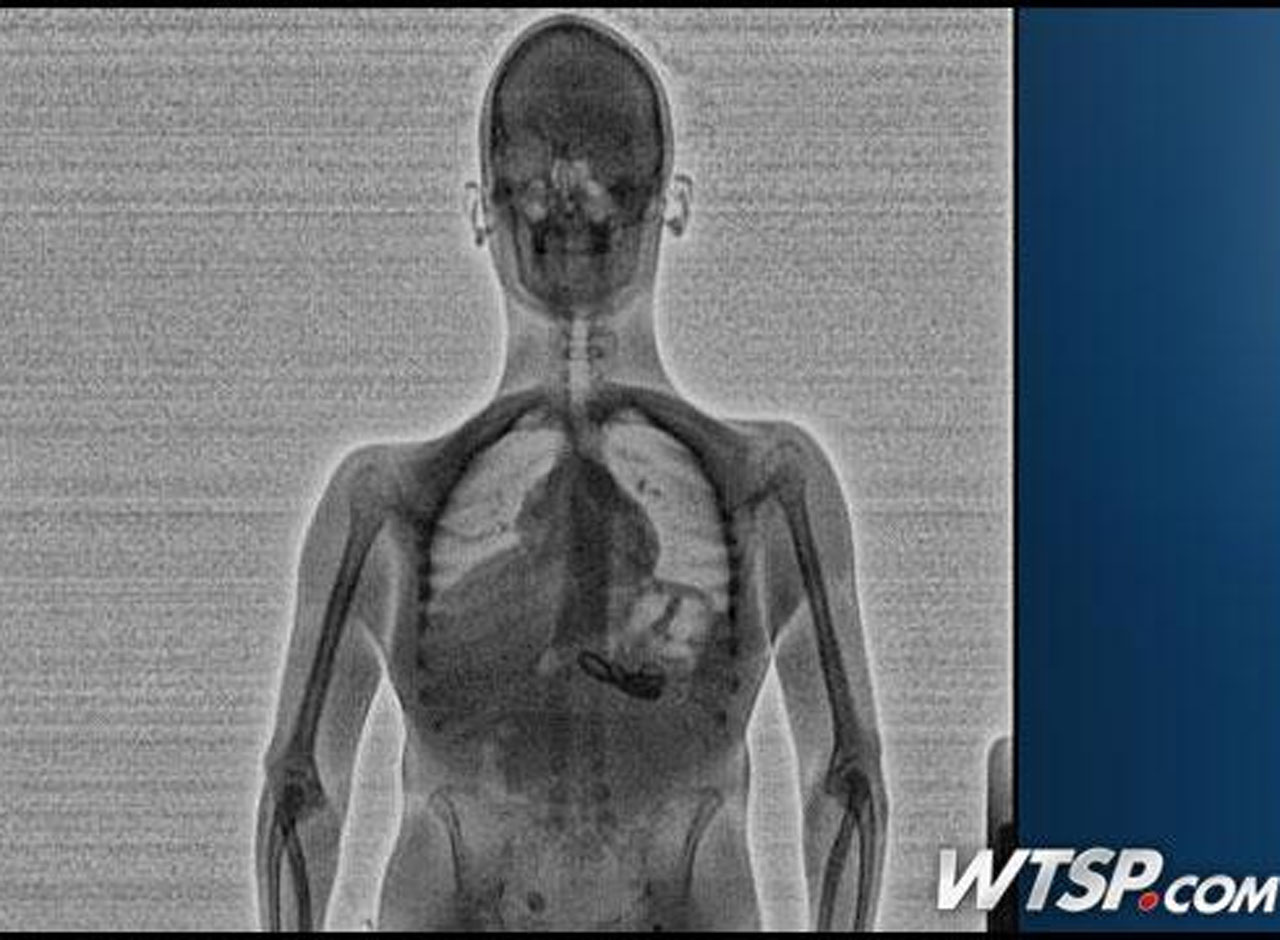 CLEARWATER, Fla. – When burglary suspect Joseph Ramos stepped up onto a whole body X-ray scanner in a Florida jail, the device revealed a medical problem, as well as a criminal one.

Deputies noticed a large dark mass near his stomach area, which they determined was an image of two necklaces that Ramos had swallowed.

CBS affiliate WTSP reported that Ramos was being booked after his Dec. 11 arrest by Clearwater police in a home burglary in the Safety Harbor area.

After the X-rays disclosed the “necklace problem,” he was taken to a local hospital where he underwent surgery to remove the jewelry from his stomach. Once the items were extracted, Ramos reportedly confirmed to detectives they were, in fact, stolen from the homeowner.

Kinda tough to hide at that point.

The 21-year-old necklace swallower is  charged with one count burglary and one count of tampering with evidence.

According to WTSP, the device that disclosed the necklaces is called a SecurPass Scanner, a whole body  scanner jail officials have been using since June to detected items concealed on – as well as in – prisoners.