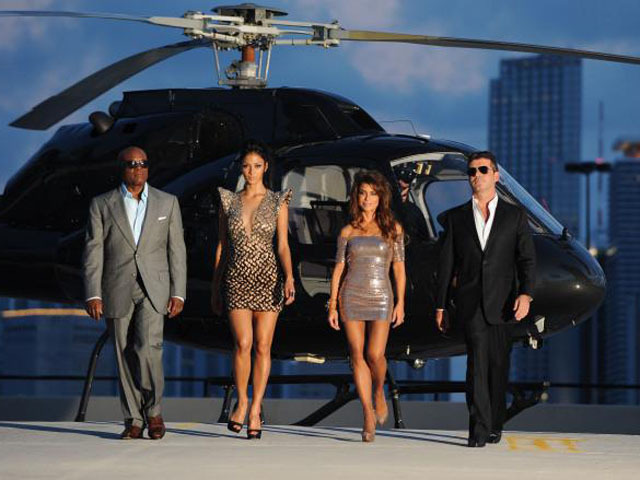 There's been an onslaught of hateful comments, and even death threats, making their way around Facebook and Twitter.

Angry fans have been posting expletive-filled comments about judges Paula Abdul and Nicole Scherzinger, who decided to dump the 14-year-old Ryniewicz last Thursday. Now "X-Factor" host Steve Jones wants to put an end to the hate.

"Everybody, chill out," Jones said, according to the New York Daily News. "It's a TV show."

But death threats aren't the only drama surfacing on the Fox TV show. Jones dished about the tension between Simon Cowell and his fellow judges, Abdul and Scherzinger.

Cowell, who didn't agree with their decision about Ryniewicz, was really angry at his co-judges.

"That wasn't theatrics," Jones said. "That was real."

Ryniewicz, who was mentored by Cowell, left the show last week after her weak performance of Roxette's "Listen to Your Heart."

The five contestants left on "The X Factor" are Melanie Amaro, Marcus Canty, Rachel Crowe, Chris Rene and Josh Krajcik. A winner will be chosen on Dec. 22.