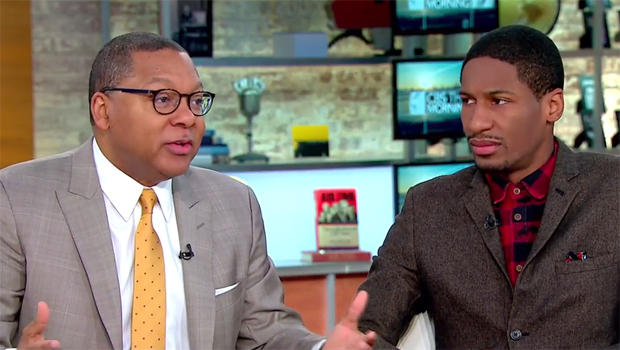 The Trump administration’s proposed cuts to arts education and funding is preparing the public to become “more ignorant,” according to Wynton Marsalis.

Appearing on “CBS This Morning” Monday, the Grammy- and Pulitzer Prize-winning musician and composer was asked by co-host Norah O’Donnell the effect of President Trump’s budget proposal, which would shut down the National Endowment for the Arts, the National Endowment for the Humanities and the Corporation for Public Broadcasting as well as eliminate $1.2 billion in before- and after-school and summer programs.

“There’s so much wrong with so much that’s going on in our politics, not just directed at him,” Marsalis said. “We’re swinging back and forth like a ship listing in the ocean. Your national budget is symbolic. You’re basically telling the world, ‘This is what we as a nation think about our arts,’ which is our collective memory, our wisdom.

“There’s a reality to things: When we tell people our arts are not important, our wisdom is not important, we’re preparing our public to be more ignorant so that we can exploit them more.

“We’re going to realize that white and black people of a certain economic level, there’s a certain level of exploitation that’s taking place as intellectuals. So you don’t want to disconnect yourself from your intellectual tradition in any way.

“It’s painful to see it. It’s not just painful, it’s ignorant. We don’t want to be viewed in the world that way.”

Marsalis, who is the managing and co-artistic director of Jazz at Lincoln Center, appeared on “CBS This Morning” to talk about his latest album, “The Music of John Lewis” (Blue Engine Records), a tribute to the late pianist, composer and bandleader of the Modern Jazz Quartet. Marsalis collaborated with Jon Batiste, the bandleader for “The Late Show with Stephen Colbert.”

In 1984, Charlie Rose asked Marsalis about the level of respect paid to musicians in the jazz world compared to other genres.  “Most people would say that we have not recognized the genius of jazz musicians primarily because 90 percent of them were black,” Rose said.

“Right. I don’t really think that we even approach it, recognizing it,” Marsalis replied. “I have to answer truthfully, I don’t think so.”

Thirty-three years later, Marsalis says, “A lot has changed since then. A lot of change on the scene, a lot more younger musicians, and much more music available.”

He credits “the momentum of the music” as well as the work of Jazz at Lincoln Center for changes in jazz’s acceptance since his 1984 interview with Rose.

“We still tour around the world and we collaborate with a lot of musicians,” he said. “But also, the music is difficult to play, so there’s always a lot of younger musicians that want to play it. Which is what Jon represents and what he presents on this album is that the quality of playing has gone up for younger musicians.”

Batiste, a pianist and composer, knew Marsalis since he was a teenager. (“I was 13 years old. We actually would play basketball before we started playing music together. He had a nice J!”)

“He called, and when you get a 30-year veteran from Kenner, Louisiana, call you up -- this was in 2013 -- to do the music of John Lewis, one of the most venerable, highest-level jazz composers and piano players, I had to say yes.

“It’s a challenge,” Batiste said of the album. “It’s an artistic Mount Everest to climb.

“The music, I feel, is about bridging the gap between the generations. It’s about sharing and breaking barriers that may be color barriers, may be racial barriers, or may be something about the older generation feels like, ‘What you all doing is not happening,’ and the younger generation is like, ‘What you all doing is passé. We don’t need that.’ When actually, jazz is not like that at all.”

“John Lewis, as erudite as he was and as serious as he was about music and the quality of his playing, I knew Jon would be up to the intellectual study,” Marsalis said.

Marsalis, who is 55, described the generational relationship he has with the 30-year-old Batiste.

“It’s almost like being in the same family,” he said. “My father [Ellis Marsalis] would be like a grandparent to Jon. He taught Harry Connick Jr., all of us in that generation and even in the later generation with Jon. The second he started playing, I get a call from my father saying, ‘Little Batiste can play!’”

To listen to the Jazz at Lincoln Center Orchestra, Wynton Marsalis and Jon Batiste perform John Lewis’ “2 Degrees East, 3 Degrees West,” click on the player below.

Bob Dylan Center: Exhibiting the voice of a generation
More