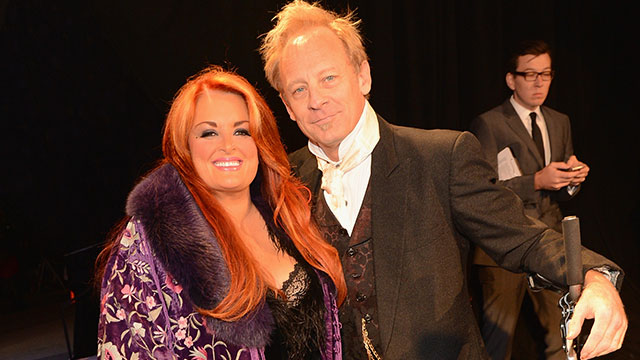 Country music star Wynonna Judd is opening up about her husband's motorcycle crash in August that nearly killed him and required doctors to amputate his leg.

Judd had only been married to her husband, drummer Michael Scott "Cactus" Moser, for two months when they were riding on separate bikes before a concert in Deadwood, S.D., in August 2012 and his bike collided with an oncoming vehicle. Moser's injuries resulted in his left leg being amputated above the knee and he also underwent surgery on one of his hands.

In a new interview with Us Weekly, Judd, 48, recalls that she didn't know whether her 55-year-old husband had survived the brutal crash. "I remember standing over Cactus, wondering whether he was alive or not," she said. "I kept saying to myself, 'Be calm, be calm.' When I realized he was still alive, I noticed the leg was gone. I saw remnants of it, um, all over the highway. I just stood there, trying to make sense of it all."

Judd -- who is currently rehearsing for her debut next week on the new season of "Dancing with the Stars" -- told the magazine that while she and her husband emerged stronger from the tragedy, they still have dark days. "We're living two different realities," Moser explained. "We learned to respect that we each have our own pain."