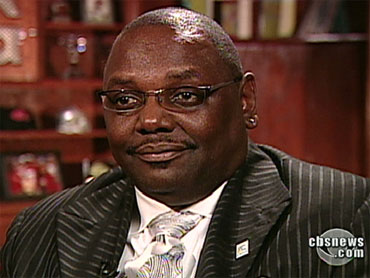 America dedicated a memorial Saturday to the fast-thinning ranks of World War II veterans, a poignant last hurrah drawing together tens of thousands of old soldiers, sailors and heroes of the home front.

Frail now, full of spunk then, they were thanked for service that "helped save the world."

The National Mall, where huge numbers usually gather in protest, instead offered a last-of-a-lifetime scene of commemoration as veterans assembled by the sweeping monument of granite and bronze that was more than a decade in the planning.

Many gripped canes. Others sat in wheelchairs. The hardiest among them grabbed their wives and danced in the aisles when 1940s swing music wafted over the crowd. Young people came up to old people and said thanks.

"I figured this would be the last time to wear a uniform," said William E. Ryan, 80, a retired colonel from Fairfax, Va., who fought in France and Germany with the Army's 3rd Infantry. He was in full-dress whites, a Purple Heart among his chest decorations.

The World War II Memorial was built with a sense of urgency once Washington resolved to go ahead with it. Veterans are in their late 70s and in their 80s. Of the 16 million who served, only about 4 million are still alive and veterans from that war are dying at a rate of 1,056 a day.

"I wish they would have done it much sooner because there's a lot of people from that generation who are gone," said Don LaFond, 81, a Marine Corps veteran from Marina Del Ray, Calif.

"Oh, I think it's fantastic. Took long enough to build it," said Robert Brown of Fort Dodge, Iowa, who flew B-17s over Germany. "Should've been built 50 years ago."

Cool temperatures and bright sunshine greeted the dedication, a relief to emergency crews prepared for large numbers of medical problems. Authorities said they treated about 20 people, some for dehydration, in advance of the dedication.

Veterans and their families began lining up for security checkpoints at the Mall at dawn, hours before the dedication featuring speeches by President Bush and many others.

Bells tolled at the National Cathedral, where dignitaries spoke in a service of celebration and thanksgiving.

Former President George Bush, a Navy pilot shot down over the South Pacific in 1944, said at the service that the World War II generation was remarkable for the challenges it faced, but that Americans today, as in any point of history, can rise to the same level of commitment.

"These were average men and women who lived in extraordinary times," he said. "No matter the danger or hardship, they responded with exceptional bravery." Singling out the D-Day invasion of June 6, 1944, he paid tribute to the millions of fighters who "helped save the world."

Retired Gen. John W. Vessey Jr., former chairman of the Joint Chiefs of Staff, said the monument was built not to glorify war but to recognize the defining event of the 20th century. He, too, took note of the passing of so many veterans.

"We the World War II generation are thinning both in our hairlines and our ranks," he said, "and probably everywhere but our waistlines."

Coast Guardsman Wilbert Huebner, 84, of Readlyn, Iowa, spent two years on the destroyer USS Lansing, sailing off North Africa and Europe. "So many are gone and for those of us who are still alive, some can no longer travel because they have medical problems," he said.

Raymond Veley, 80, of Marysville, Ohio, fought in Italy with the Army and spent 17 months as a POW. Running into other ex-prisoners in Washington was a powerful experience, he said, because "we all know what the other one went through."

President Bush and his Democratic presidential opponent, Vietnam veteran John Kerry, used their weekly radio addresses hours the ceremony to praise the service of those honored.

The memorial "will stand forever as a tribute to the generation that fought that war, and to the more than 400,000 Americans who gave their lives," Mr. Bush said. "Because of their sacrifice, tyrants fell, fascism and Nazism were vanquished and freedom prevailed."

Kerry said of World War II veterans: "Because of them, liberty did not perish from this Earth. When the future hung in the balance, they stood on the edge of tyranny and devastation and risked their lives for a future and a hope bigger than themselves."

The president was sharing the stage with his father; former President Clinton; and former Sen. Bob Dole, a World War II veteran who was instrumental in fund raising for the memorial.

Kerry joined a congressional delegation at the ceremony.

Actor Tom Hanks, among other notables there, served as national spokesman for the fund-raising campaign.

The idea for the memorial came nearly two decades ago, after an encounter between Rep. Marcy Kaptur, D-Ohio, and World War II veteran Roger Durbin. In front of a crowd at a political event, Durbin asked Kaptur why there was no World War II memorial. In 1987, she introduced a bill and they worked together to get the legislation passed so the memorial could be built. Durbin died in 2000.

Congress authorized construction of the memorial in 1993, but critics complained its large-scale design would spoil the vistas long enjoyed by visitors to the Mall. Courts eventually rejected the challenge.