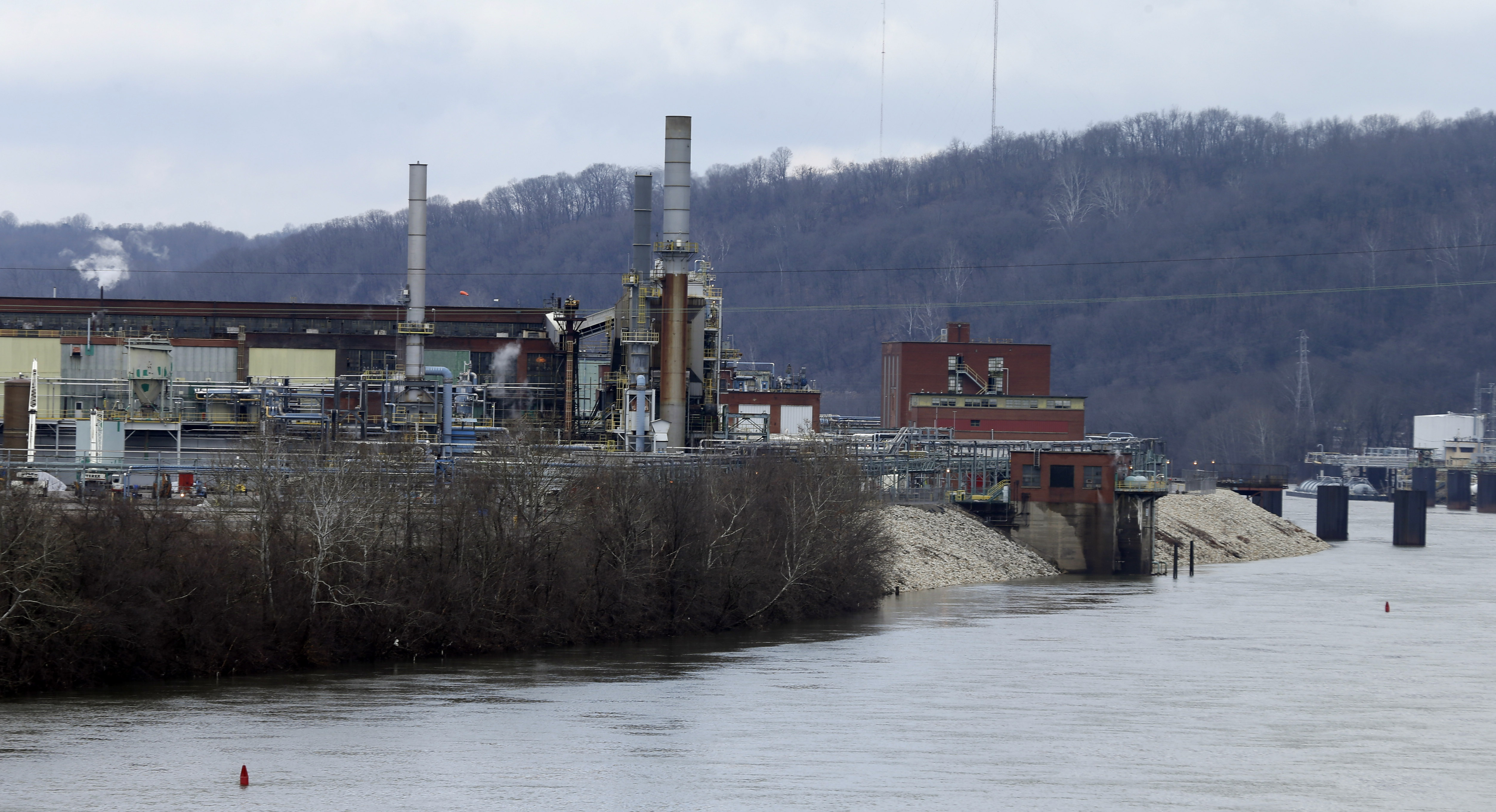 CHARLESTON, W.Va. -- It's a nightmare scenario that became all too real in West Virginia: A chemical seeped into the water supply and threatened to sicken hundreds of thousands of people.

While no one became seriously ill from last week's chemical spill, some homeland security experts said the emergency was proof the United States has not done nearly enough to protect water systems from accidental spills or deliberate contamination.

Officials found out about the spill when people started calling in complaints about a strong licorice-type smell in the air. West Virginia American Water, which supplies 300,000 people with water in the central part of the state, said it would not have detected the chemical because utilities don't test for it. Before the spill, no standards existed for measuring the chemical, 4-methylcyclohexane methanol, in water, the utility said.

Congress last addressed water security in a 2002 law that required utilities to assess their vulnerabilities and report them to the Environmental Protection Agency, but there was no mandate to correct the shortcomings. Subsequent efforts to establish security regulations for water systems and treatment plants have gone nowhere, despite support from the Obama and Bush administrations.

An expert told CBS News' Sharyl Attkisson that most big-city water treatment plants in this country are downstream from industrial facilities, and are vulnerable to contamination. Eric Olson with the Natural Resources Defense Council says it is a known problem, but so far the federal government is not stepping in to address it.

"I think there certainly are politics involved here, and there are very powerful interests in the chemical and other industries that would rather not see strong regulatory requirements," he said.

A law requiring chemical plants to develop security plans was enacted in 2007, but it specifically exempts wastewater treatment plants even though they use many of the chemicals regulated under the program. Critics said the law did not do much to make chemical plants safer either, because it didn't give the Department of Homeland Security enough enforcement authority.

A 2009 bill that passed the House but died in the Senate would have given the EPA the authority to enforce the same regulations for water treatment facilities.

"If this were an intentional poisoning of the water, all of a sudden you would see Congress demanding, 'Where are the plans? Why hasn't something been done?'" said Michael Greenberger, director of the Center for Health and Homeland Security at the University of Maryland. "There aren't the resources to match the problem here. And I'm sure, overtly or covertly, the thinking is, 'This has never happened.' No one's ever poisoned the water system."

Killing or sickening large numbers of people through water contamination would not be easy. Someone would need access to a large amount of chemicals and be able to dump them in a sensitive spot, which would likely attract attention, said Stephen Flynn, director of the Center for Resilience Studies at Northeastern University.

"It turns out to be fairly difficult to cause a life-threatening level of danger by essentially attacking the water system with chemicals," Flynn said. "You need a lot of chemicals, and it becomes really challenging operationally for bad people to do this on any real scale."

While no one became seriously ill in West Virginia, it was hugely disruptive as 300,000 people went without tap water for at least five days. And the long-term effects of exposure to the chemical are unknown.

Stricter regulation of chemicals and water facilities would prevent such accidents and deter terrorists, Flynn said.

The West Virginia spill is provoking some action on Capitol Hill. The Senate Environment and Public Works Committee, chaired by Sen. Barbara Boxer, D-Calif., is investigating the spill and planned two hearings to explore how similar situations could be prevented.

"We need to make sure that we identify dangerous chemicals and are making progress on chemical reforms," Boxer told reporters Tuesday.

Last year, President Barack Obama signed an executive order directing federal agencies that oversee dangerous chemicals to better share information in order to enforce existing regulations. The order was signed in response to an explosion at a fertilizer plant in West, Texas, that killed 12 people, but it could end up having some effect on regulation of water treatment plants, said Rick Hind, legislative director of Greenpeace, which has pushed for stronger controls on chemicals.

There were warnings about the Elk River's susceptibility to chemicals. A report prepared by West Virginia officials in 2002 in compliance with the Safe Drinking Water Act found that the water system in the Kanawha Valley, the area affected by the spill, had a high susceptibility to potential contamination. The report identified 53 potential contaminants to the water system, all but four of them from commercial or industrial sources. The area is known locally as Chemical Valley.

It's not clear whether anything was done to address the report's recommendations, and state officials said they were unaware of any more recent studies. The Safe Water Drinking Act does not give any additional authority to states or utilities to reduce or eliminate threats, said Lynn Thorp, of Clean Water Action.

West Virginia American Water and other utilities serving populations of 50,000 or more were required to submit vulnerability assessments to the EPA in 2003. The EPA keeps the assessments secret, and while it analyzed them to ensure they complied with the law, the agency has no authority to force water companies to enhance security. The assessments have not been updated since 2003.