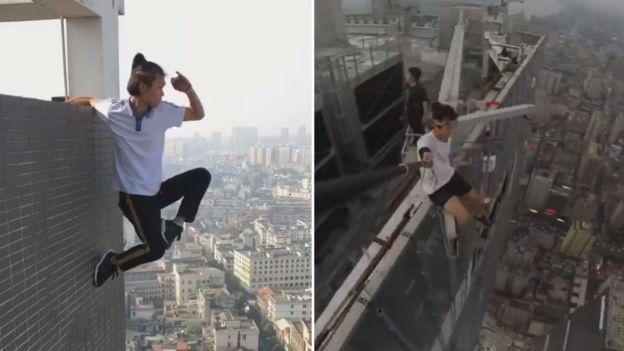 A well-known daredevil climber's death has spurred warnings by Chinese state media against the perils of live streaming, Reuters news agency reports. Wu Yongning, 26, died in November after falling from a 62-story building in the city of Changsha.

A China Daily editorial said Tuesday that the climber's death was a reminder of the need for stronger supervision of livestreaming apps. "Some of them try to hype things up with obscene and dangerous things, and their purpose is to attract more eyeballs and make a profit," the editorial stated.

Yongning was known to post dramatic videos of himself perched on top of tall buildings without the use of safety equipment. Chinese media reports said he was participating in a challenge to win a substantial amount of money when he recorded the video for Weibo, China's equivalent to Twitter.

"There should be a bottom line for live streaming platforms, and supervision should leave no loopholes," said a comment in the online edition of the People's Daily.

BBC News reports the act of "rooftopping" has become popular across the world in heavily developed cities. Many climbers insist that the use of safety equipment detracts from the experience, despite safety concerns.