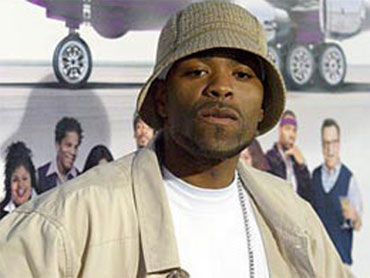 NEW YORK (CBS/AP) Grammy-winning rapper Method Man has been arrested in New York City on felony charges for failing to pay his taxes.

Method Man, whose real name is Clifford Smith, blamed his tax issues on his past "chronic marijuana use" according to the New York Post.

"Because I got high, I forgot to pay. It was stupid," the rapper told Post reporters in March.

The 38-year-old rapper turned himself in Monday morning. Authorities say he failed to pay nearly $33,000 in taxes over several years, dating back to 2004.

Smith could face up to four years in prison.

He won a Grammy in 1995 for best rap performance by a group or duo with Mary J. Blige for "I'll Be There For You/You're All That I Need." He is also a member of the group Wu-Tang Clan.