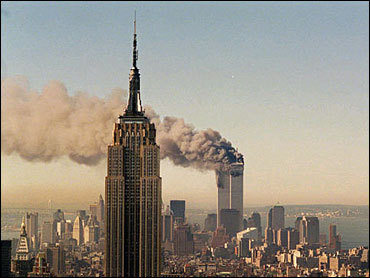 In a partial verdict, a federal jury found that the majority of the insurers, who hold more than a billion dollars of the policy, are bound by a form that defined the Sept. 11 terrorism as one event.

It was the first of at least two trials that will ultimately decide how much insurance money will be available to rebuild ground zero.

The verdict came just after the jury said in a note that it had reached a decision days ago on all except the largest insurance company, Swiss Re International Business Insurance Co.

Judge Michael Mukasey decided to accept the findings and to send the jury back to resume deliberating the Swiss Re issue.

The partial verdict came after a 2½-month trial that focused on which insurance policies applied at the trade center when the towers collapsed on Sept. 11, 2001.

Silverstein has waged a court battle since shortly after Sept. 11 to have the destruction of the trade center declared two separate events for insurance purposes, which would entitle him to two payouts of the $3.5 billion policy he was still negotiating when the towers fell.

Although the 13 insurers' policy had not been finalized on Sept. 11, the insurers said they had signed temporary binders based on the terms of a form issued by Silverstein's broker, Willis Group Holdings Ltd.

An appeals court ruled last September that that form, known as Wilprop, would define the Sept. 11 destruction of the trade center as one occurrence for insurance purposes, meaning Silverstein would only be entitled to one payout.

The 13 insurers held about $2.1 billion in coverage on the trade center.

A second trial will attempt to define the trade center's collapse as one attack or two. A third trial would determine how much the insurers must pay.

In closing arguments last week, Silverstein attorney Herbert Wachtell argued that the Willis brokers had switched the 13 insurers over to another policy form issued by Travelers Property Casualty Corp. in July 2001.

Wachtell said that Willis broker Timothy Boyd, who obtained insurance for Silverstein, either told representatives for the insurers they were switching to Travelers, or were not obligated to because some insurers waived the ultimate wording of the policy's form.

But insurers' attorneys, led by Barry Ostrager of Swiss Reinsurance Ltd., which carried a leading 22 percent share of the policy, said that the Willis brokers could produce no e-mails or written notice to the insurers that a switch was being made.

The insurers also referred to a Sept. 12, 2001, fax by Silverstein insurance manager Robert Strachan of the Wilprop form to site owner Port Authority of New York and New Jersey and a leading Silverstein lender as evidence that that was the insurance that applied at the time. Silverstein attorneys argued that Strachan was distraught the day after the attacks and mistakenly didn't receive an e-mail attachment of the Travelers form, so he just faxed what he had in his office.

One Willis broker, Paul Blackmore, did testify he had e-mailed the Travelers form to Swiss Re underwriter Daniel Bollier. Bollier testified that he received it, but didn't read it carefully because such a form had never been discussed with him.

In his instructions to the jury, Mukasey said that jurors could decide that one party in the case is bound by a form it didn't read, but only if the party had been given fair notice of the existence of that form.