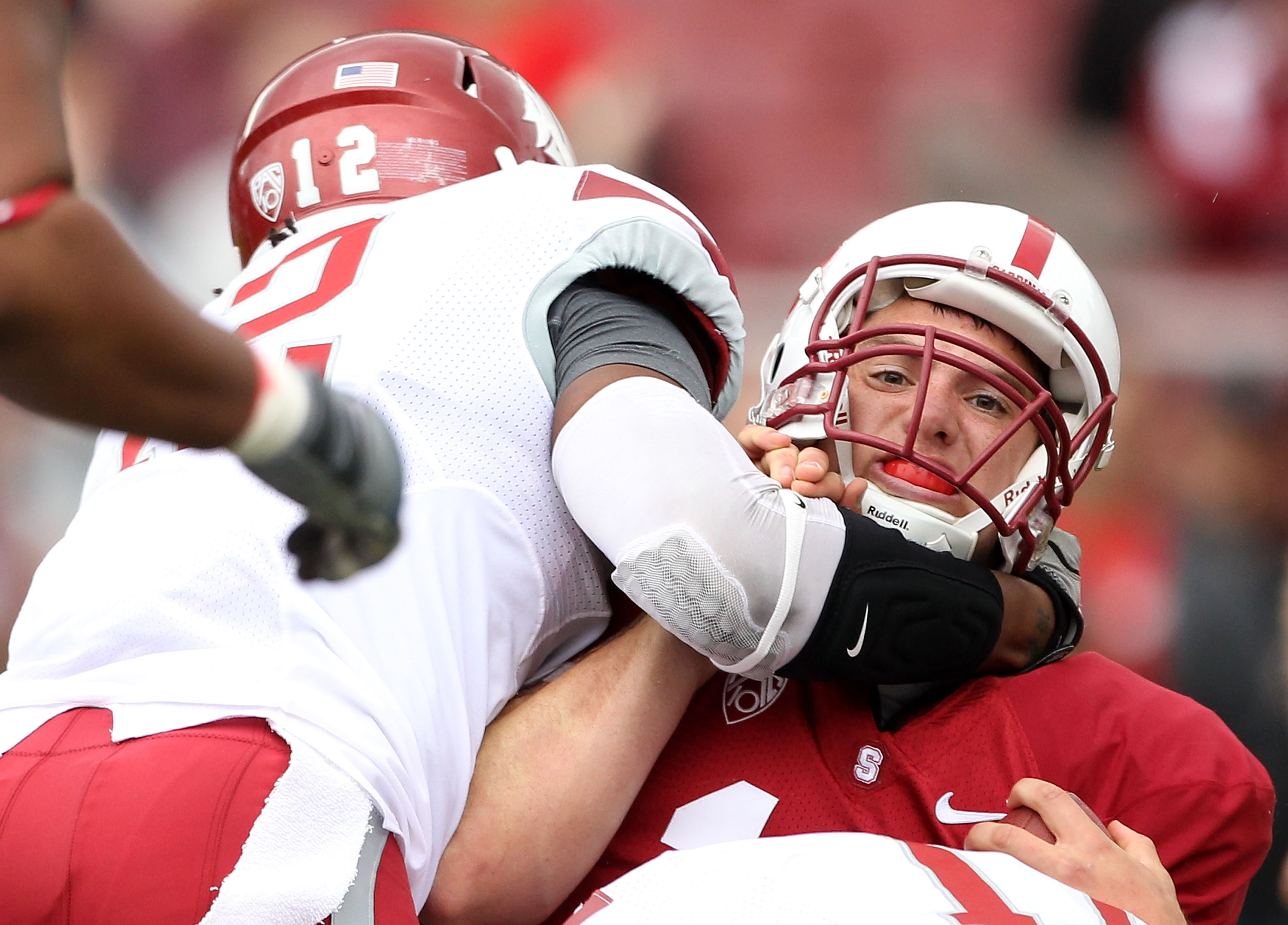 PULLMAN, Wash. - Washington State starting linebacker C.J. Mizell has been kicked off the team after he was arrested this weekend in connection with a fight at a fraternity house.

Coach Mike Leach said Tuesday that Mizell was no longer on the team because of a violation of team policy.

When he was denied entry, police say Mizell punched one of the members and fled.