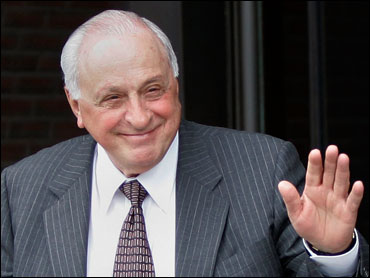 A federal judge Thursday ordered the government to pay more than $101 million in the case of four men who spent decades in prison for a 1965 murder they did not commit after the FBI withheld evidence of their innocence.

The judge called the government's defense that the FBI had no duty to get involved because it was a state case "absurd."

Peter Limone, Joseph Salvati and the families of the two other men who died in prison had sued the federal government for malicious prosecution.

They argued Boston FBI agents knew mob hitman Joseph "The Animal" Barboza lied when he named them as killers in the 1965 death of Edward Deegan. They said Barboza was protecting a fellow FBI informant, Vincent "Jimmy" Flemmi, who was involved.

The government argued that federal authorities had no duty to share information with state officials who prosecuted Limone, Salvati, Henry Tameleo and Louis Greco. Federal authorities cannot be held responsible for the results of a state prosecution, a Justice Department lawyer argued.

The men's lawyers said the four were treated as "acceptable collateral damage" in the FBI's priority at the time — taking down the Mafia through the use of criminal informants.

"It took 30 years to uncover this injustice, and the government's position is, in a word, absurd," U.S. District Judge Nancy Gertner said Thursday.

"No lost liberty is dispensable," she told the packed courtroom. "We have fought wars over this principle. We are still fighting these wars."

Salvati and Limone were exonerated in 2001 after FBI memos dating back to the Deegan case surfaced, showing the men had been framed by Barboza. The memos were made public during a Justice Department task force probe of the FBI's relationship with gangsters and FBI informants James "Whitey" Bulger and Stephen "The Rifleman" Flemmi.

The attorneys for the four wrongfully convicted men had not asked for a specific amount in damages, but in court documents they cited other wrongful conviction cases in which $1 million was awarded for every year of imprisonment.