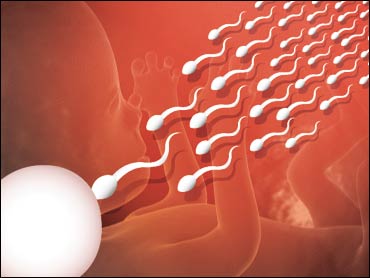 In what is being called a "wrongful birth" case, a jury awarded more than $21 million Monday to a couple who claimed a doctor misdiagnosed a severe birth defect in their son, leading them to have a second child with similar problems.

But because the doctor works for the University of South Florida, the family will have to persuade the Legislature to award most of the money. State law limits negligence claims against government agencies at $200,000.

"This is a severely impaired child who will need a great deal of care for the rest of his life," said Christian Searcy, one of the attorneys who tried the case. He called the award "conservative but fair."

The couple claimed that Dr. Boris Kousseff failed to diagnose their first son's genetic disorder, called Smith-Lemli-Opitz syndrome, which is the inability to correctly produce or synthesize cholesterol, after his 2002 birth.

Had the disorder been correctly diagnosed, a test would have indicated whether the couple's second child also was afflicted and they would have terminated the pregnancy, according to the lawsuit.

Instead, Kousseff, a specialist in genetic disorders, told them they should be able to have normal children in the future.

The jury decided that Kousseff was 90 percent negligent and that an Orlando doctor not named in the lawsuit was 10 percent at fault.

Searcy said he would push state lawmakers to pass a bill awarding the Estradas money over the $200,000 cap.

"I believe that this case is so powerful and this tragedy was so preventable and is so poignant, that it is the kind of case that should rise above the fray and rise above party politics," Searcy said.

Teen soldier who went missing during Korean War accounted for
Thanks for reading CBS NEWS.
Create your free account or log in
for more features.
View CBS News In
CBS News App Open
Chrome Safari Continue
Be the first to know
Get browser notifications for breaking news, live events, and exclusive reporting.