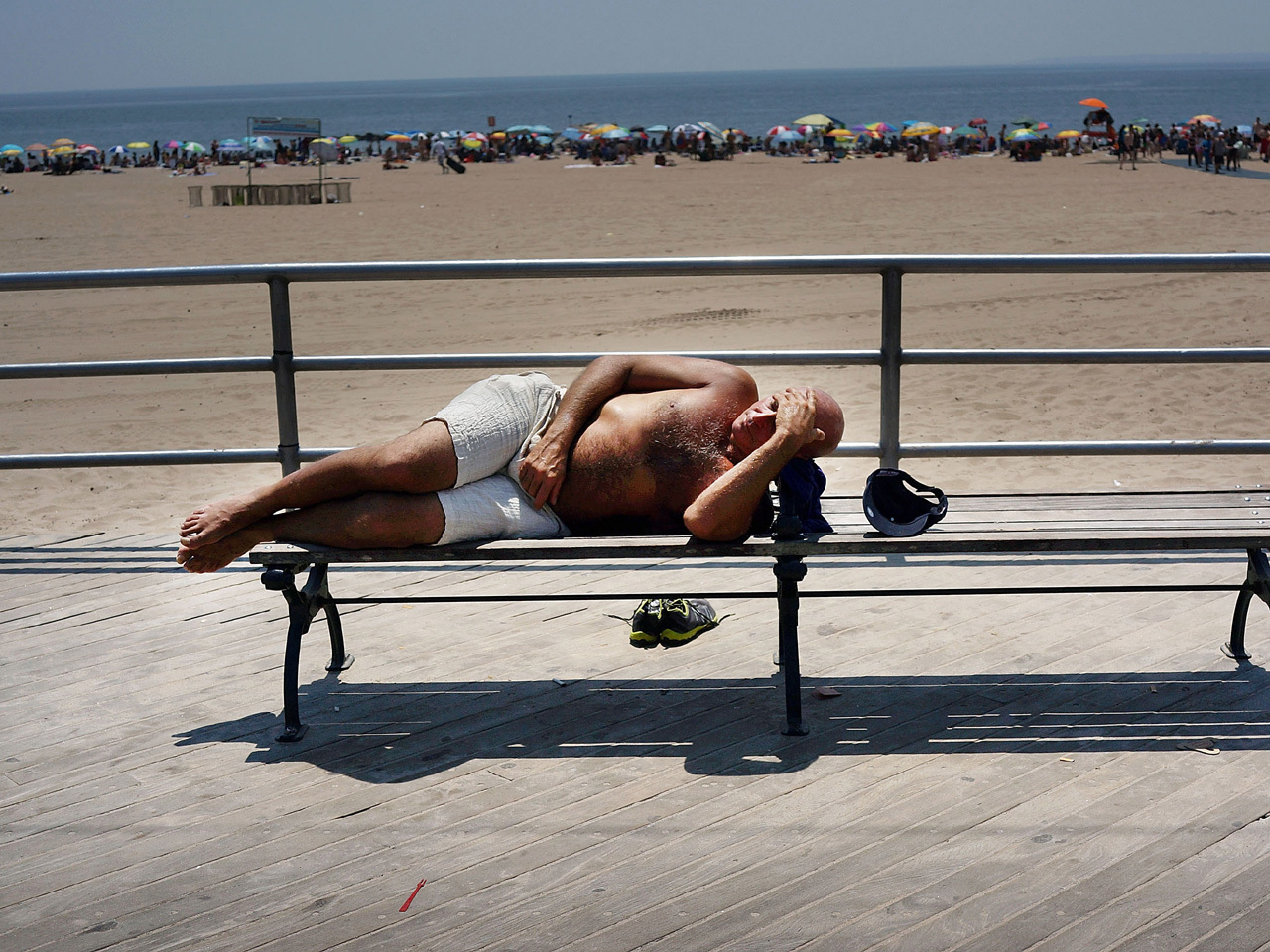 Americans can expect another unbearably hot day Friday, from the East Coast to the Midwest, with the heat index (which factors in humidity) expected to top 100 degrees in many areas.

The National Weather Service said heat advisories and warnings will remain in effect from the Midwest and Ohio River Valley through the Northeast, a day after triple-digit heat index numbers were logged across many Northeastern states.

High temperatures are expected to range from 99 in Boston to 95 in Chicago.

Power grid operators are asking consumers to cut back as much as possible, as the heat wave drives near-record demand for power.

Consumers are being asked to set air conditioner thermostats no lower than 78 degrees and to turn off air conditioning when spaces aren't occupied. They're also urged to turn off any unnecessary lights and use appliances only in early morning or late at night when overall demand is generally lower.

Those looking for relief for triple-digit heat index numbers won't find it today. In New York City yesterday, where temperatures hit a record 100 degrees, one woman told CBS News, "It's miserable. It feels like I'm living inside of a dog's mouth."

But what is making this week's oppressively hot weather so unusual is its direction. It's moving backward across America, something that meteorologists say rarely happens.

"It's definitely unusual and going the wrong way," Gottschalck said Thursday. "This is pretty rare."

He said the high pressure is about to return eastward, extending the Northeastern heat wave an extra day or so until the weekend.

And just before the high pressure moved east to west, a rainy and cooler low pressure system moved from the Mid-Atlantic to Texas, he said. That storm system broke off the jet stream, which is parked up in Canada, and made the U-turn first.

The unusual movement wasn't seen in computer models until four or five days in advance, which is relatively late for these models, so meteorologists were surprised, he said.

Gottschalck said there's no evidence pointing at man-made climate change, but this is likely just natural chaos in the atmosphere. He couldn't say how often these backward weather flows occur, but they are less frequent than once a year.