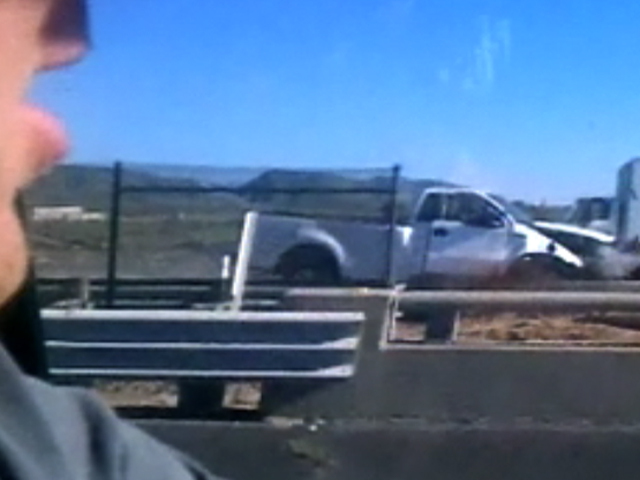 The elderly driver was caught on tape by a cell phone video camera as he went the wrong way on Interstate 5.

He crashed his white truck into a median and then, authorities say, he was T-boned by a Land Rover.

The impact split the truck in half causing a tractor-trailer to smash into the truck's cab. The Land Rover was then hit by a mini-van.

No one was seriously hurt.

The 83-year-old driver was driving with a suspended license and faces serious charges.