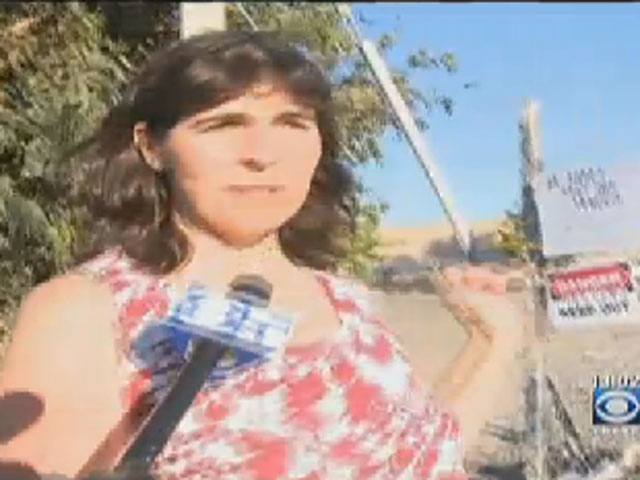 (CBS) LIVERMORE, Calif. - As shortcuts go, this was an expensive one.

A Livermore woman caught walking across railroad tracks near her home got a $6,000 fine for trespassing, which she's vowing to fight, CBS San Francisco reports.

Laura Rensink, a veterinarian and mother of three, said that during her lunch break on June 7 she crossed the tracks on foot.

"I went over here and crossed this way to get home," Rensink told CBS San Francisco.

While it only took her a few seconds to cross the tracks, Rensink said a Union Pacific officer issued her a ticket.

When Rensink showed up in court, she was shocked when a judge issued her a $6,000 fine. She wasn't just cited for crossing the tracks; Rensink was also cited for trespassing.

Neighbors said they use the shortcut regularly to get to a nearby supermarket.

"My neighbor who grew up here...He said he's seen it hundreds and hundreds of times over the past 40 years," Rensink said.

Rensink sent a letter to the Pleasanton Patch news site describing her experience. But she wasn't expecting her letter to generate a flood of debate.

It probably didn't help that the day on which Rensink "crossed over" is also designated as International Level Crossing Awareness Day (who knew?), which aims to improve safety at railroad crossings.

While she prepares to fight the penalty in court, Rensink has posted signs along the track, warning people to stay away. She said she doesn't want anyone else to make the same costly mistake.