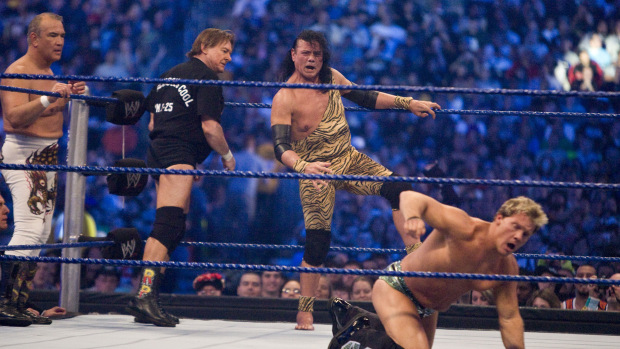 According to the station, police arrested Snuka earlier Tuesday in his New Jersey home. Authorities allege that 32 years ago, Snuka beat his then girlfriend Nancy Argentino to death in an Allentown motel room following a WWF event. Snuka, now 72, was one of the most popular wrestlers in the WWF throughout the 80's and 90's.

According to the station, Snuka is in the Allentown county jail on $100,000 bail, and is facing third-degree murder and involuntary manslaughter charges.

The WWE released a statement that reads: "WWE expresses its continued sympathy to the Argentino family for their loss. Ultimately this legal matter will be decided by our judicial system."