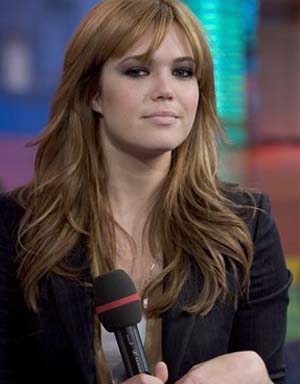 A boy who says he was imitating body-slamming pro wrestlers when he killed a little girl at age 12 was sentenced to life in prison without parole Friday after a judge refused to reduce his first-degree murder conviction.

Tears rolled down Lionel Tate's cheeks as he was led away in handcuffs and leg shackles to begin serving the sentence, which was mandatory under a tough-on-crime law enacted in the mid-1990s.

Tate, now 14, becomes one of the youngest defendants in the United States ever to be sentenced to spend the rest of his life behind bars.

He said the Legislature should change the law so that judges have leeway in sentencing juveniles convicted as adults of first-degree murder.

The prosecutor himself suggested the sentence was too harsh, but he also noted that the boy's lawyer and his mother had repeatedly rejected a plea bargain that would have meant only three years in a juvenile prison, one year of house arrest and 10 years of probation.

"That was a fair plea offer and if I could turn back time I would take it," the boy's lawyer said.

And in yet another twist, the prosecutor will now fight for the child he convicted.

"I am prepared immediately to join with the defense ...and ask the governor and the cabinet to hold a clemency hearing and to reduce the sentence in this particular case," said prosecutor Ken Padowitz, who would not say what sentence he believes Tate deserves.

Gov. Jeb Bush has already said he will grant that request, no doubt raising even more debate about Florida's tough juvenile laws, which transfer more child offenders to adult court than any other state, CBS News Correspondent Bobbi Harley reports.

Yet in imposing the sentence, Judge Joel Lazarus called the slaying of 6-year-old Tiffany Eunick "cold, callous and indescribably cruel."

Tate was found guilty Jan. 25 of beating Tiffany to death at his home. Tiffany suffered a fractured skull, a lacerated liver and more than 30 other injuries on July 28, 1999, fro being punched, kicked, stomped and thrown.

During the trial, the defense argued that the 170-pound boy did not mean to kill the 48-pound girl and thought he could body-slam people and they would walk away unhurt, just like his wrestling idols on television.

On Friday, the judge rejected a defense request to throw out Tate's conviction or reduce it to second-degree murder or manslaughter, saying: "The evidence of Lionel Tate's guilt is clear, obvious and indisputable."

The judge also questioned the defense argument that Tate was imitating pro wrestlers. "It is inconceivable that such injuries could be caused by roughhousing or horseplay or by replicating wrestling moves," he said.

Tate's mother, Kathleen Grossett-Tate, a Florida Highway Patrol trooper who described Tiffany's death to the judge as a "tragic accident," showed no reaction to the sentence. Several family friends and relatives wailed.

Defense attorney Jim Lewis had tried to put pro wresting and TV itself on trial, but the judge blocked him from calling as witnesses wrestling stars Hulk Hogan and The Rock, or from summoning psychologists to testify about the effect of pro wrestling on children.

The defense wanted to argue that professional wrestling, a theatrical entertainment sport populated by cartoonish characters in colorful costumes, promoted violence without regard to the sport's influence over children.

The judge also rejected a defense request Friday for a mental competency hearing. The defense had argued that Tate did not understand before his trial that he faced life in prison if convicted.

A few days after Tiffany's death, Tate told police he picked her up and accidentally hit her head on a table. In a videotaped interview with a court-appointed psychologist, Tate claimed to have accidentally thrown Tiffany into a stairway railing and a wall while trying to toss her onto a sofa.

The defense's own experts conceded that Tate's story would not have accounted for all of Tiffany's injuries, which one prosecution expert said were comparable to falling from a three-story building.