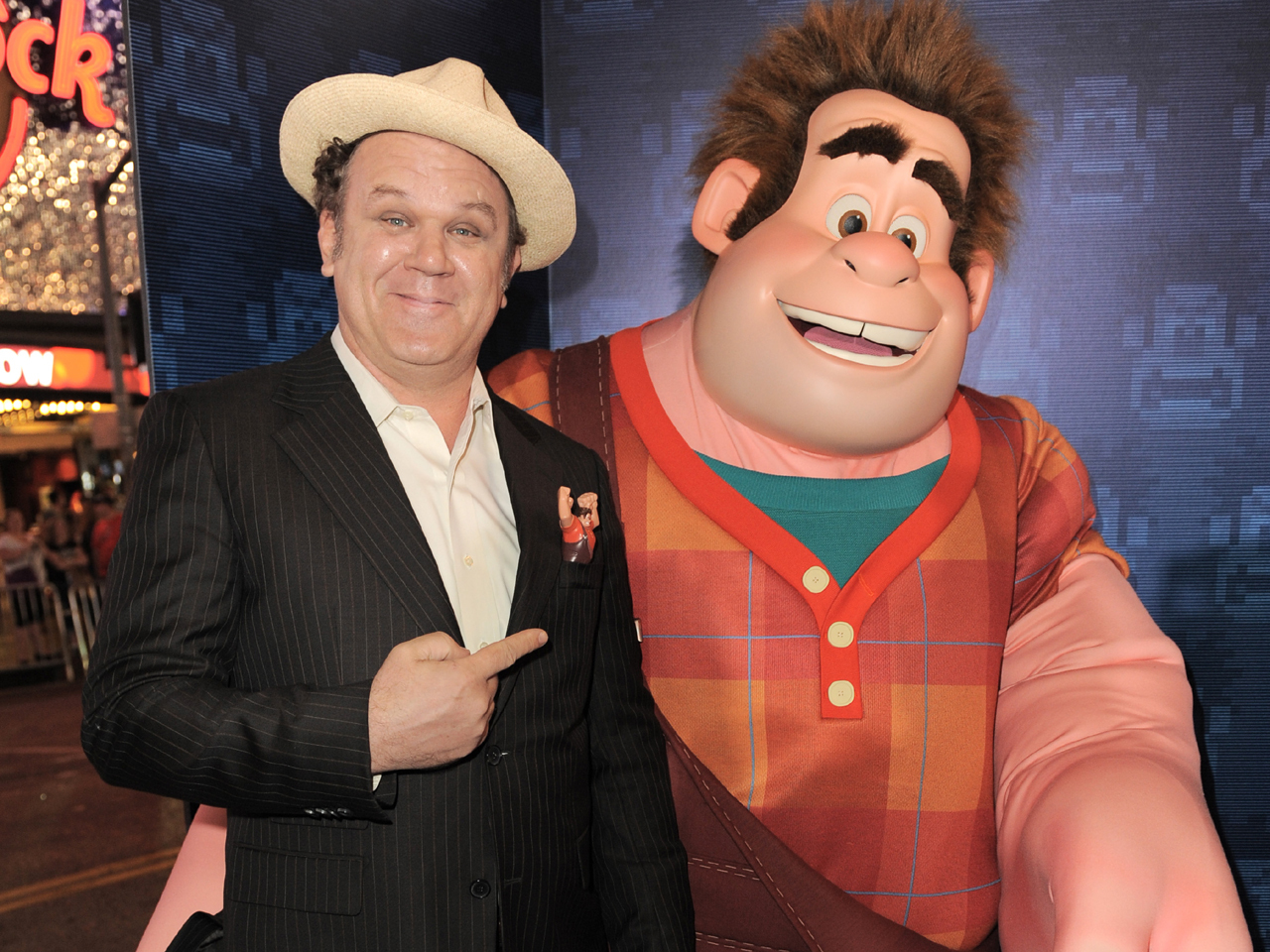 Stars stepped out in Los Angeles on Monday -- far away from Superstorm Sandy, which hit the East Coast and halted much of the entertainment industry in New York -- for the premiere of "Wreck-It Ralph."

Cast members John C. Reilly, Sarah Silverman, Jane Lynch and Jack McBrayer were all on hand to promote the animated film about the titular video game character, who decides he wants to be a hero instead of a villain and sets out on a quest to fulfill his dream.

Others in attendance included Will Ferrell, Jamie Lee Curtis, Jason Lee, Pete Wentz, Marcia Gay Harden, Ed O'Neill, Molly Ringwald and Adam Carolla. Some of those stars took their children along, and posed with them on the red carpet.