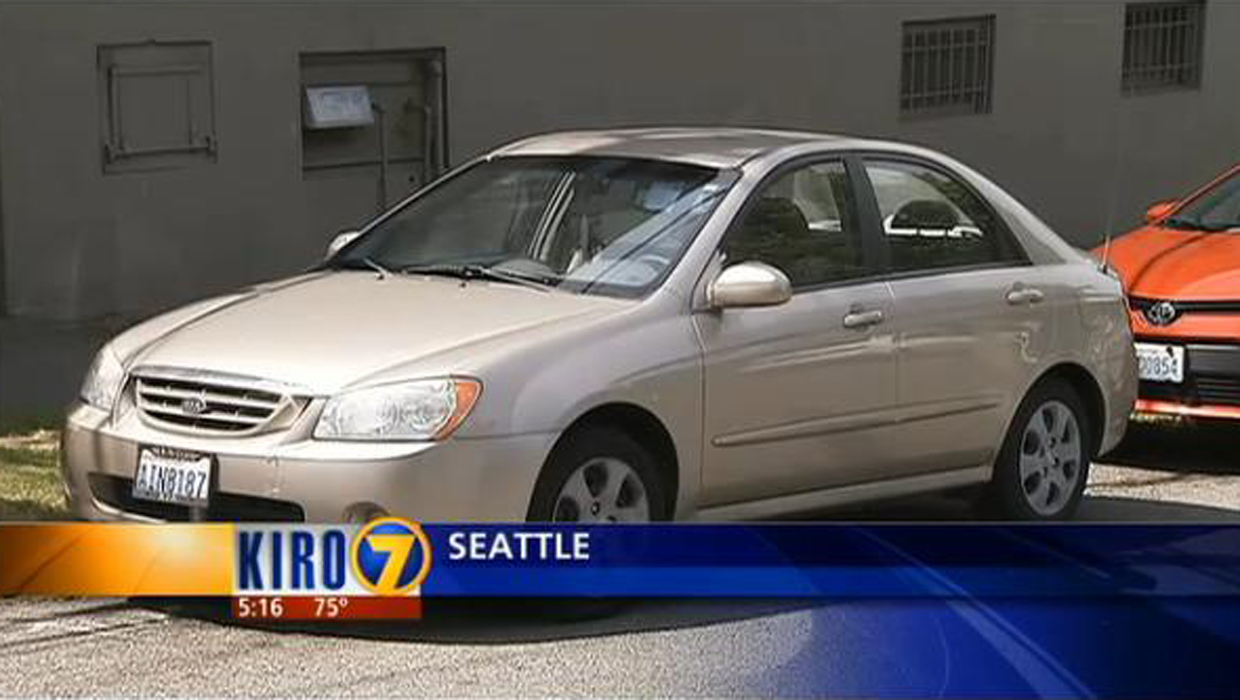 SEATTLE - Some would-be carjackers were "shiftless in Seattle" - which, police say, is why they ended up car-less: They couldn't drive a manual transmission.

A 70-year-old woman was about to be the victim of a carjacking when three teenage thieves realized none of them knew how to drive a stick shift, reports CBS affiliate KIRO. Surveillance video captured the suspects fleeing the scene on foot.

Nancy Frederickson went over the details of Saturday afternoon's attempted theft on South Main Street in Seattle. "I got a five speed in there," she said of her car, a KIA. "They couldn't figure out how to get it going!"

Frederickson said she was getting something from the trunk of the vehicle when someone demanded her keys. She told KIRO she thought it was a joke... until she saw a gun. She said a teenager in a hooded sweatshirt was pointing the weapon at her.

"It's not every day you get a gun stuck in your face," she said. According to the station, Frederickson dropped her keys and the three suspects jumped into the car.

But they couldn't make their getaway because none of them knew how to operate a manual transmission. Meanwhile, Frederickson told KIRO she was just standing behind her vehicle as the teens tried and failed to move it.

Eventually, the trio gave up, ran across the street and fled through the parking lot of a neighboring business. Security footage captured them sprinting away from the scene.

Frederickson told the station she can laugh about the whole thing now, but she was in tears as she called 911 following the incident. Police reportedly took fingerprints and also retrieved DNA and fiber evidence from the vehicle.

The victim's neighbors were surprised by the attempted theft, as well as the incompetence of the suspects.

Ronnie Conley, another neighbor, was shocked the teens would even attempt carjacking a 70-year-old woman. "We're all elderly up in here," he said, pointing to the affordable senior housing apartments where he and Frederickson both live. "Know what I'm saying? It's scary! In broad daylight, too."

"It was quite an interesting day," Frederickson said. "Let's put it that way."