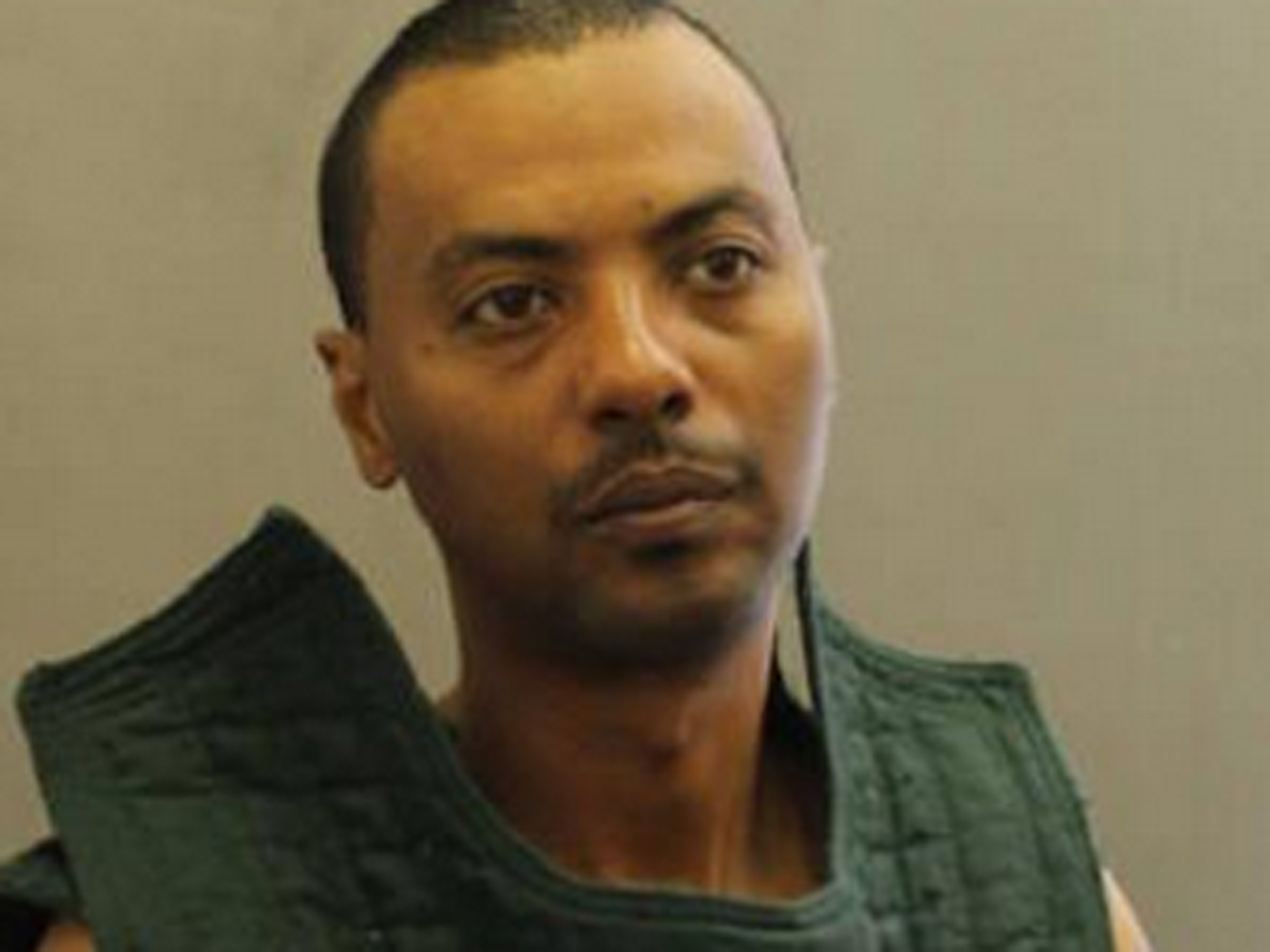 ANNANDALE, Va. -- Federal marshals are reviewing their security procedures after an inmate receiving treatment at a northern Virginia hospital overpowered a private guard, took her gun and set off a frenzied nine-hour manhunt.

The escape by Wossen Assaye, 42, of Arlington, from Inova Fairfax Hospital prompted questions as to why two guards assigned to him were insufficient to prevent his escape, U.S. Marshal for the Eastern District of Virginia Bobby Mathieson said Tuesday.

"Two people should be able to guard a prisoner securely," Mathieson said at a news conference Tuesday after Assaye was apprehended.

Assaye was charged earlier this month as the "Bicycle Bandit" - accused of robbing a dozen banks in northern Virginia and sometimes fleeing on two wheels. He attempted suicide while in jail awaiting trial and had been at Inova Fairfax Hospital since Friday, authorities said.

For the first 24 hours, he was guarded by sheriff's deputies from Alexandria, where he had been jailed. After that, the Marshals Service contracts called for two private guards from Allied Protection Services, a Los Angeles-based company, to guard him.

Mathieson said Tuesday the investigation was ongoing and he was unable to explain exactly how Assaye was able to overpower the guards. He said that to his knowledge, Assaye was shackled and handcuffed at the time of the escape, as policies require. But Mathieson had no explanation for how Assaye would have overpowered a guard while shackled or how he may have shed his handcuffs.

The incident began at about 3 a.m. Tuesday, when one of the two guards left for a bathroom break, leaving a female guard alone with Assaye. Mathieson said Assaye then overpowered the female guard, took her gun and used her as a shield. He then fled down a stairwell, wearing only his hospital gown.

The other guard fired one shot in the encounter. No one was hit and nobody at the hospital was injured.

A frenzied manhunt ensued, with the hospital placed on lockdown and police searching every room of the massive facility, the largest hospital in northern Virginia.

In reality, though, authorities say Assaye had fled the hospital on foot and hid in the trunk of a car.

When the woman who owned the car entered it and began driving, Assaye kicked out the trunk and carjacked the startled woman, who suffered slight injuries, Fairfax County Police Chief Edwin Roessler said.

Assaye later abandoned that car and left the guard's weapon there, police said.

He then hijacked a second car in an Annandale neighborhood a few miles from the hospital. Police searched several residential neighborhoods with tactical officers armed with assault rifles, startling residents. In one neighborhood, Spence Limbocker said he heard the helicopter, went outside and saw a massive police presence, including officers searching homes and nearby woods.

"They told me to get back in the house and lock all my doors. ... It was a little scary," Limbocker said.

Police sent numerous updates and lookout advisories on social media for Assaye and the carjacked vehicles. Roessler said the arrest occurred in southeast Washington without incident after a citizen saw Assaye and alerted authorities.

A man who returned a call to the number listed as company headquarters for Allied Protection Services on Tuesday referred all questions to the Marshals Service.

Assaye was initially arrested March 20 and charged with a robbery at Apple Federal Credit Union in Alexandria. But the FBI believes Assaye is responsible for a string of 12 bank robberies over the last year and a half that netted him about $32,000.

Assaye had been booked into the Alexandria jail, which typically holds federal inmates charged in northern Virginia, on the federal charges March 21, Alexandria Sheriff's Office spokeswoman Amy Bertsch said in a statement.

It was not clear why Assaye had to remain in the hospital for four days. Mathieson said his only lasting injury after the suicide attempt was a broken nose.

Assaye made an initial appearance Tuesday afternoon in federal court in Alexandria on the escape charge, dressed in a white vinyl jumpsuit, shackled at the wrists and ankles and guarded by four marshals.

His head slumped through the brief hearing, Assaye answered meekly when asked if he understood the charge and his rights.

A preliminary hearing was scheduled for Friday afternoon. His public defender waived his right to a detention hearing.