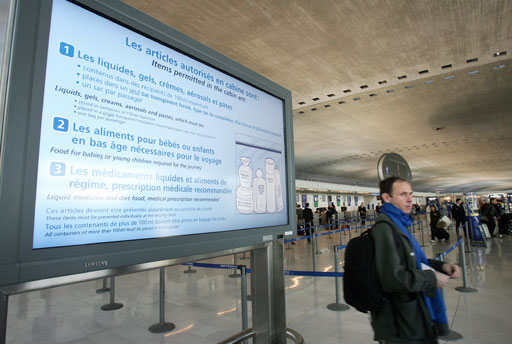 The European Commission remained cautious Friday over suggestions that surplus EU beef — made abundant by a drop in demand due to mad-cow fears — could be sent to poor nations as food aid.

"We do not want European beef being dumped in Third World markets and destroying (their) national beef markets," said Gregor Kreuzhuber, agriculture spokesman for the European Union's executive body.

Some European nations have an ongoing program to destroy poor-quality beef to reduce the surplus and push up prices. Critics have raised moral concerns over destroying the meat and suggest that it should be used to help the malnourished.

Germany's Agriculture Ministry said Thursday it had been approached by North Korea about taking some beef.

Measures adopted by the EU late last year call for the carcasses of cattle slaughtered over the age of 30 months to be destroyed unless tested and declared mad-cow free.

However, some nations have been destroying even healthy meat in an effort to stem the slump in beef prices, which have fallen by some 27 percent across the Union since the mad-cow scare flared anew in October.

The European Commission also gave a cautious response Friday to French plans to seek more aid to help its farmers through the mad-cow crisis.

Kreuzhuber recalled EU leaders had ruled out freeing up more money from the Union's collective coffers, but he said governments may be allowed to give their own aid in certain "exceptional" circumstances.

"There are conditions," Kreuzhuber told reporters. "National aid regimes have to avoid distortion of competition between members states."

French Agriculture Minister Jean Glavany said Thursday he would appeal to the EU for direct aid to French farmers. He said the request would be a "key element" of France's position during an EU farm ministers' meeting Feb. 26-27 in Brussels.

If the EU failed to cough up more money, Glavany told reporters in Paris, France would adopt its own aid measures.

Health Minister Umberto Veronesi, however, said that cases of the brain-wasting disease in Italy "must be considered sporadic" and that there is no epidemic.

The infected cow was very old and had been found dead in its stall near the city of Mantua, in the northern Lombardy region.

Many experts believe bovine spongiform encephalopathy, the formal name for the disease, can be transmitted to people who eat meat from infected animals.

With rare legislative speed, Germany's states in the opposition-doinated upper house of parliament passed the law a day after the lower house. State leaders used the session to criticize the federal government for refusing to shoulder the full cost of fighting mad cow disease.

Germany has recorded 29 cases of the disease, first discovered in its herds in November.