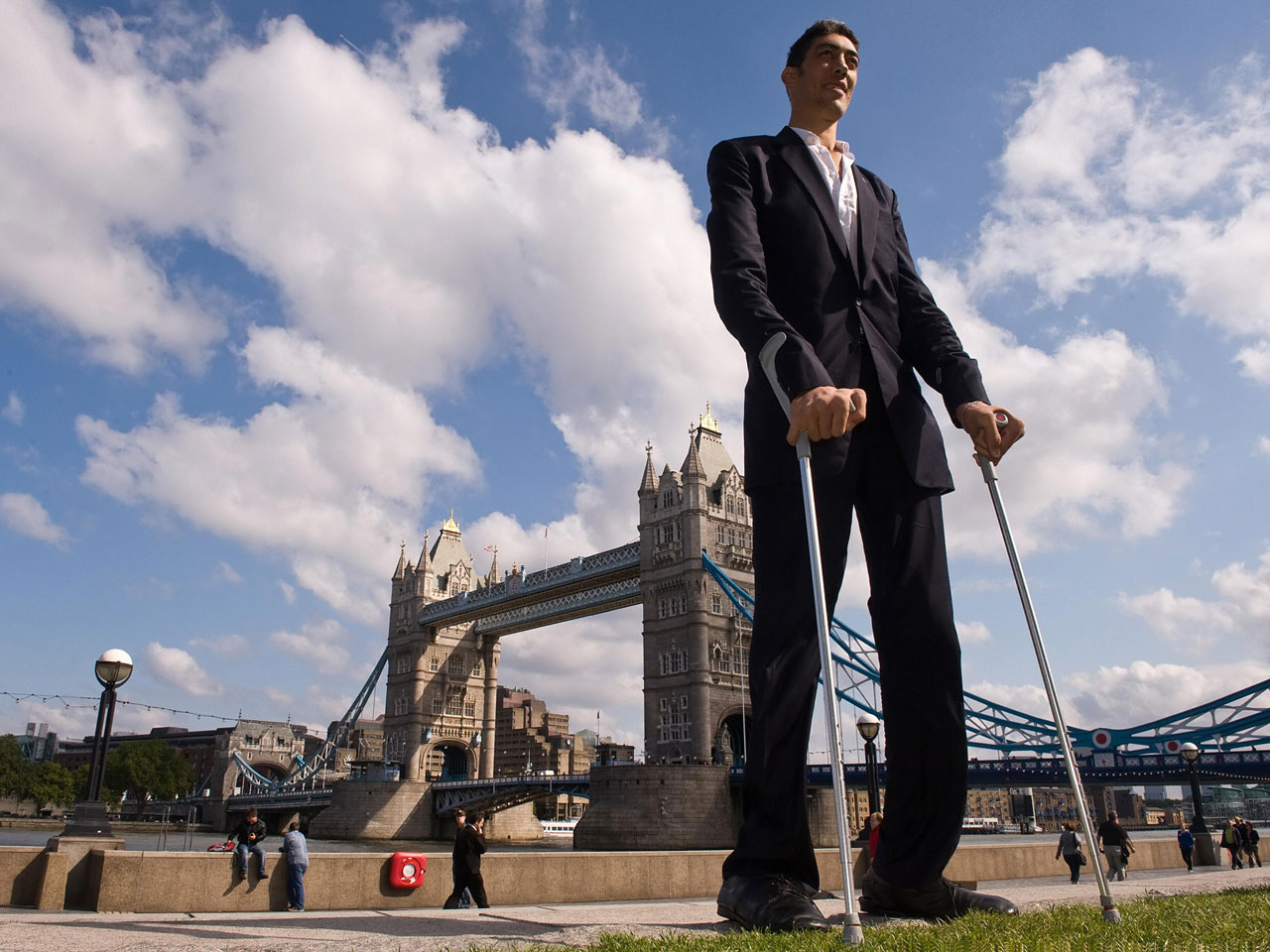 (CBS News) The tallest man in the world may have finally stopped growing with the help of U.S. doctors.

Sultan Kosen, a 29-year-old Turkish man who stands at 8 feet, three inches tall, is recognized by Guinness World Records as the world's tallest man. But the condition that caused his towering figure could kill him, doctors say. Kosen's height is caused by acromegaly, a condition that's often caused by a tumor in the pituitary gland, which causes excess growth hormones to be produced. If the growth hormone is produced before puberty begins, the condition may lead to gigantism.

In May 2010, Kosen visited the University of Virginia Medical Center in Charlottesville to get help from an endocrinologist.

"His skeleton just can't support him," Kosen's endocrinologist, Dr. Mary Lee Vance a neurosurgeon at the hospital, said in a written statement.

Agromegaly occurs in about 6 out of every 100,000 adults, according to the National Institutes of Health. Besides medication, doctors will try to surgically remove the tumor if possible, which usually corrects the abnormal hormone release.

Because Kosen's tumor had spread to areas of his brain, doctors didn't think they could safely operate. A neurosurgeon at UVA, Dr. Jason Sheehan, then performed a procedure called "Gamma Knife radiosurgery" in April 2010. The noninvasive procedure allows focused beams of radiation to Kosen's pituitary tumor. The doctors also put Kosen on a new medication that could stall hormone production.

Three months ago, UVA doctors got word from Kosen's Turkish doctors that he had stopped growing and producing excess growth hormone.

"I'm most pleased that we were able to help Sultan," Sheehan said in a statement. "If he had continued to grow, it would have been life-threatening."