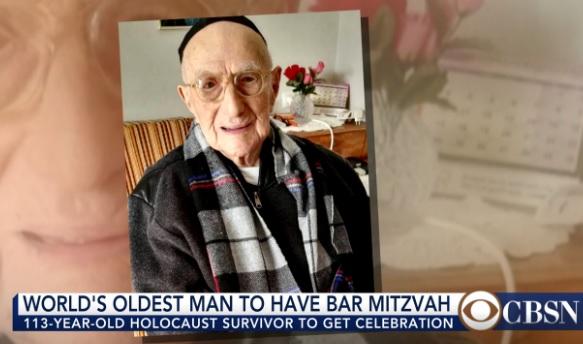 You’re never too old for a bar mitzvah, even when you’re the oldest person on earth.

One-hundred-thirteen-year-old Yisrael Kristal will finally get the chance to celebrate his coming of age.

The Jewish ceremony is set in two week’s. Kristal was born in 1903 in Poland, but World War I got in the way of his original bar mitzvah.

During World War II, he spent time in the Auschwitz concentration camp, and survived the Holocaust.

But now, Kristal will get his chance to celebrate his coming of age the right way.

To see more, watch the video above.