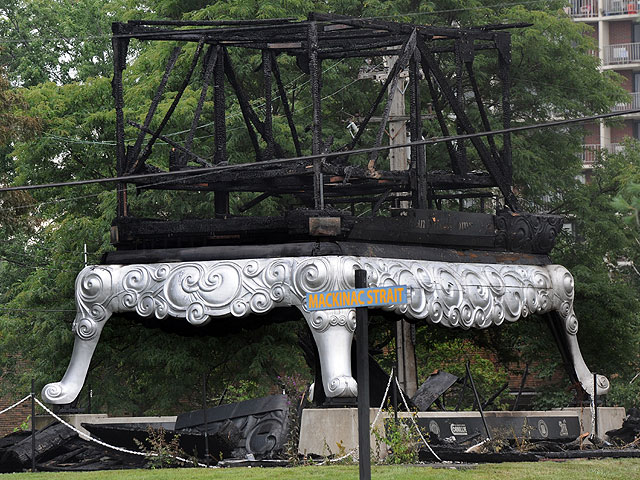 DETROIT - Fire has ravaged a massive wooden replica of a stove that was built for the 1893 World's Fair in Chicago and became a Detroit landmark.

Fire crews were called to the "World's Largest Stove" at the Michigan State Fairgrounds on Saturday night after storms moved through the area, The Detroit News reported.

"It's gone through so many evolutions, so many changes in the city and still survived all those years," said Jan Kaulins, a photographer who sells prints of the stove and other Detroit landmarks on his website.

The 15-ton replica was built by the Michigan Stove Co. Painted to look like metal, the stove stood on a platform at the exposition over an exhibit of regular stoves. It formerly was located near Belle Isle, an island park in the Detroit River.

The stove was later restored and moved to the fairgrounds.

It's unclear whether the stove would be rebuilt. The Michigan State Fair was shut down in 2009 by state funding cuts.