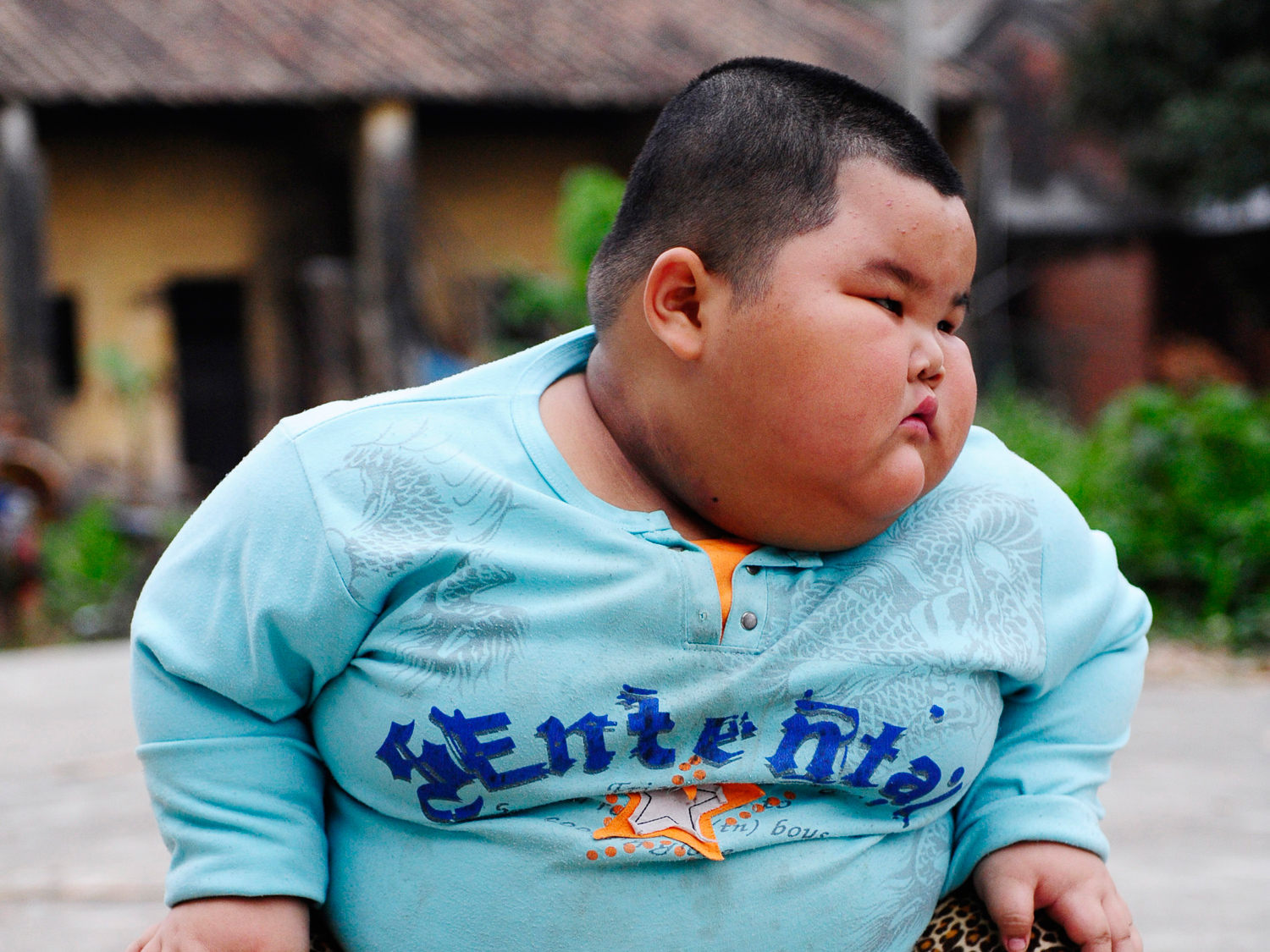 (CBS) Childhood obesity is now a growing problem not only in America but also in China - as heavyweight toddler Lu Zhihao makes abundantly clear. The 3'7" four-year-old tips the scales at an astonishing 136 pounds,  the Australian Daily Telegraph reported.

The boy, nicknamed Xiao Hao, or "Little Hao," was born at normal weight but started to grow quickly when he was three months old, his parents told the Associated Press. Local doctors have found no medical reason to explain the boy's unusual size - and therefore blame bad eating habits.

A Hong Kong clinic has offered free weight-loss help for the boy, whom Chinese media have cruelly dubbed "the No. 1 fat kid," and his parents are awaiting a permit to travel there, the Telegraph reported. In the meantime, the boy's parents - who report no family history of obesity - have cut down his regular three bowls of rice per meal to one bowl, the Telegraph reported.

As China grows richer, its population is growing more overweight. Nearly a decade ago, a Chinese government study found more than 60 million obese adults, a number that had doubled in one decade. Some estimates peg China's overweight population at numbers greater than the total U.S. population.

Only one in 70 people in China are considered obese, as compared to one in three people in America. But China's population is more than 1.3 billion. All this means that Lu Zhihao is almost certainly not the only Chinese toddler facing a life-or-death weight issue. Last year, media reports surfaced of a 95-pound then-two-year-old girl in China named Pang Ya.

CBS News medical correspondent Dr. Jennifer Ashton reported recently on new research showing that people with addictive eating behaviors show brain activity similar to that of people addicted to drugs or alcohol - all the more important in light of statistics showing two-thirds of Americans are obese or overweight.