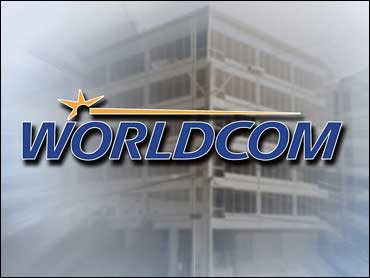 WorldCom Inc. has agreed to pay investors $500 million to settle civil fraud charges over its $11 billion accounting scandal, which was the biggest in U.S. corporate history, lawyers for the company and the federal government announced Monday.

The fine would be the one of the largest the Securities and Exchange Commission has ever imposed. WorldCom, a bankrupt telecommunications titan that wants to be renamed MCI, is accused of misleading investors by falsifying balance sheets to hide expenses and inflate earnings.

Attorneys for the two sides presented the proposed settlement to U.S. District Judge Jed S. Rakoff in Manhattan, who said he would consider the deal and would not rule before June 11.

Rakoff said he needs to learn "much more of the defendant's seemingly massive fraud," who would be affected by the settlement and what internal controls WorldCom has put in place.

The settlement actually calls for WorldCom to be fined $1.51 billion, an amount that would be reduced to $500 million as part of the company's bankruptcy case, in which many creditors have to settle for less money than they are really owed.

Even so, the $500 million would dwarf the $10 million fine the SEC levied on Xerox Corp. in 2002 to settle accounting charges, the largest to date at that time, as well as the $7 million paid by now-fallen Arthur Andersen LLC in June 2001 over its audit of Waste Management.

The SEC and WorldCom had been negotiating the settlement for months, and the deal would be an important development for WorldCom's hopes of emerging from bankruptcy as early as September.

A group of former WorldCom employees that is critical of the company denounced the accord as a "slap on the wrist." The $500 million is equivalent to "about one week of revenue ... — an insignificant amount by any standard," said the group, BoycottMCI.com.

The group's founder, Mitch Marcus, said the accounting scandals that leveled Enron Corp. and Arthur Andersen "pale in comparison" to "the degree of illegality" at WorldCom.

The SEC sued WorldCom last June, just a day after the company disclosed $4 billion in financial misstatements, shocking a market already buffeted by the revelations of accounting violations at Enron. Since then, WorldCom has widened the hole in its books to around $7 billion, then $9 billion and eventually $11 billion.

The SEC broadened the scope of its civil fraud charges in early November to allege that WorldCom misled investors starting at least as early as 1999, years earlier than previously alleged.

However, the SEC and WorldCom reached a partial settlement in late November in which the company agreed to a permanent injunction barring it from future violations of securities laws. In addition, WorldCom executives agreed to submit to ethics training, and the duties of the company's court-appointed watchdog were expanded.

Myers pleaded guilty in federal court in Manhattan in September and is cooperating with prosecutors in the criminal probe. Sullivan - the nation's highest-paid CFO in 1997, earning $19 million — has denied any wrongdoing. He is free on $10 million bail.

Ousted WorldCom CEO Bernard Ebbers, who has not been charged, last month failed to make his first payment of around $25 million on more than $400 million in loans that he owes the company.

WorldCom was among the fastest-growing and most aggressive players in the late 1990s telecom and Internet boom. After being hurt by the wider telecom industry slump and ravaged by its own accounting scandal and bankruptcy, WorldCom cut its work force to 55,000 from a peak of 80,000. It remains second only to AT&T Corp. in the long-distance market and is a major carrier of data over the Internet.

In addition to changing its name to MCI to reduce the taint associated with WorldCom, the company also plans to move its headquarters from Clinton, Miss., where WorldCom was founded, to Ashburn, Va., near MCI's base in the suburbs of Washington, D.C. It hired a new CEO and chairman, former Compaq Computer Corp. chief Michael Capellas, in November.