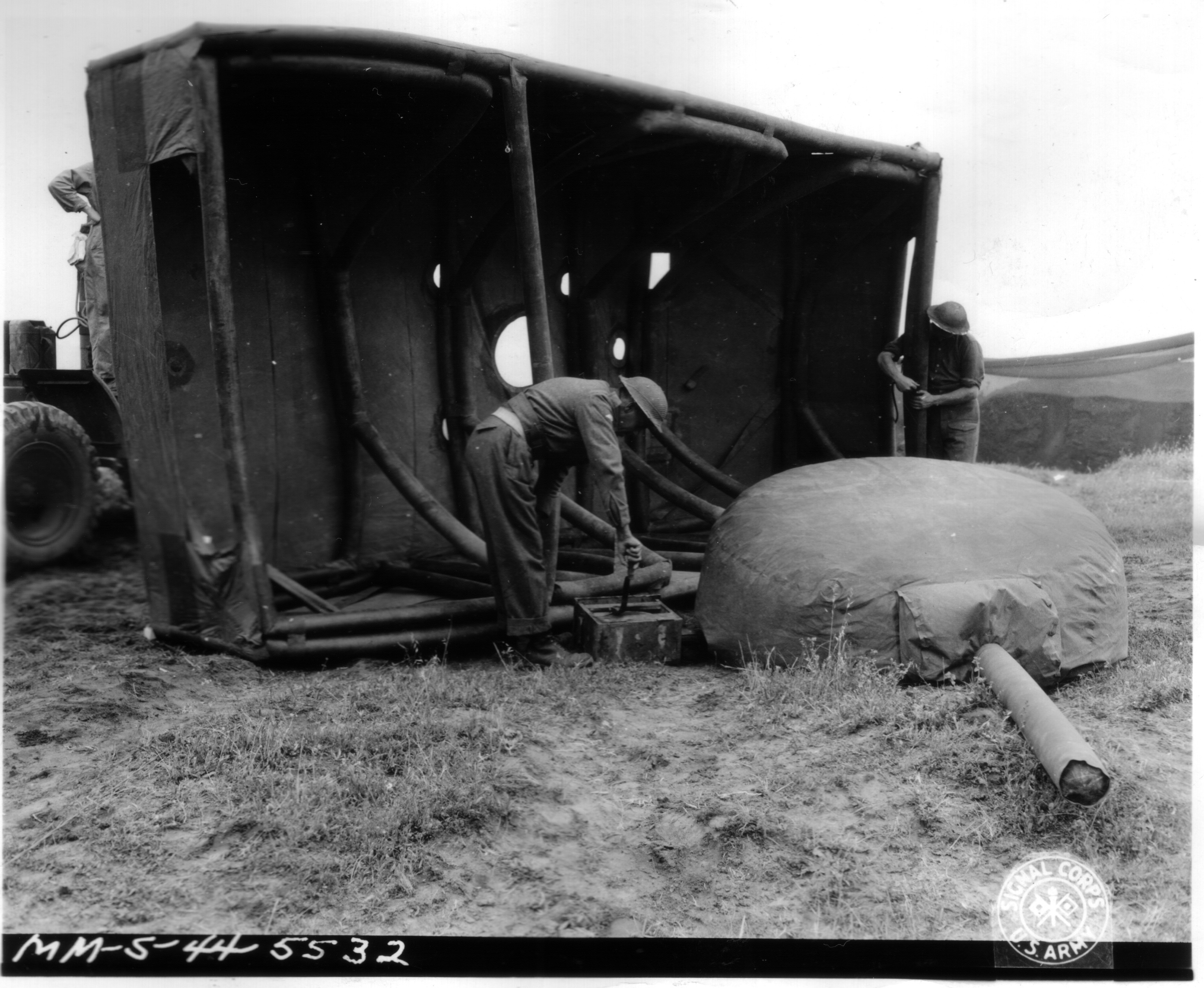 (CBS News) NEW YORK - The previously unknown story of an army of artists who helped America win World War Two is being told in a new documentary, showing how the artists used their talents to "put one over" on the Nazis.

Eighty-eight-year old Jack Masey's army job during World War II was to blow things up. But not the way one might think.

"I was in the rubber army as I called it. The inflatable army," said Jack Masey.

In 1944, Masey was a 19-year-old aspiring artist who'd just been drafted to fight the Nazis.

The army had just the job for him.

Masey's unit had a mission: to deceive the Germans into thinking Allied forces were in one location, while real U.S. troops advanced miles away.

They became known as "The Ghost Army," a thousand artists, designers and audio technicians using sights and sounds to dupe the enemy.

"We took incoming [enemy fire], we did have casualties. There weren't many, but there were casualties," said Masey.

The existence of the Ghost Army remained classified for more than half-a-century after the war.

To this day, little is known of these artist-warriors.

But filmmaker Rick Beyer hopes to change that with his documentary called "Ghost Army."

Many of these band of creative brothers would go on to have successful careers; Bill Blass would become a famous designer and Arthur Singer's paintings would end up on U.S. postage stamps.

Masey went on to design backdrops for the State Department, creating the kitchen where Nixon and Khruschev held their famous debate.

Masey, who has accomplished a lot in the world of design, said he ranks his time in the "rubber army" high.

"It exposed me for the first time to the power of an object to communicate, and that is strong stuff," said Masey.

The Ghost Army, an infantry of illusion that gave new meaning to the art of war.