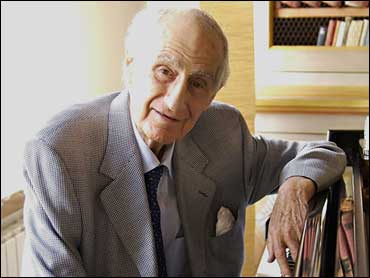 Fox Sports' telecasts of the New York Yankees' five-game victory over the cross-city Mets produced the lowest-rated World Series in history, drawing big audiences in the Big Apple but in few other major TV markets.

Both the rating and share are less than half of what they were in 1986, the last time the Mets played in the World Series. Each rating point represents a little more than 1 million television households; share is the percentage of in-use TVs tuned to a program.

"Our research people are going to have to take a look and see if they can come up with some explanations," Fox Sports president Ed Goren said Friday. "I'm guessing maybe there's something wrong with the national Nielsen sampling. This has been a difficult year for a lot of us."

The trend of sinking ratings hasn't discriminated much by sport or network this year. NBC's coverage of the Summer Games drew the lowest ratings for a Summer or Winter Olympics since 1968. The NCAA men's college basketball title game dropped 18 percent from a year ago, which was the previous low since CBS started airing the event in 1982. The All-Star games for the NBA and baseball were the worst-rated ever.

One notable exception is the Super Bowl, which continues to consistently draw ratings above 40.

The World Series' showing, which industry analysts say also could be traced to lengthy games and competition from fall TV season premieres pushed back by the Sydney Olympics, forced Fox to show "make-goods" "free" commercials to make sure sponsors' messages reach as many viewers as were paid for.

But the bottom line shouldn't be affected, the network said.

"We're in pretty good shape, given extra innings in Game 1 and ads we've run during pitching changes. For the few advertisers that we still need to address, we will make it up to them in prime time," Fox Sports VP Lou D'Ermilio said. "Our sales people consider it to be not a major issue."

This year's Game 5, a 4-2 Yankees victory Thursday night at Shea Stadium, drew a series-best 13.1 rating. Sixty-one percent of TVs that were on in New York on Thursday night tuned in to the game.

But the overall ratings were hurt by disappointing audiences in other large markets around the country. Of the 40 largest markets after New York, 30 registered double-digit percentage losses from the 1999 series.

Fox's silver lining is that, while losing a lot of older viewers, it did well among men between 18-34, a group advertisers seek. And, while Fox's entertainment programming regularly leaves it behin the other major networks in prime-time ratings, the World Series allowed Fox to win three of the five nights when there were games.

Fox is major league baseball's exclusive postseason broadcaster for the next six years, having secured TV rights to the playoffs, World Series and All-Star games as part a $2.5 billion deal drawn up last month.

The network and sport hope baseball's ratings swoon this season was an aberration. The regular season ratings were down from 1999 on Fox (10 percent), ESPN and ESPN2 (both about 15 percent), the All-Star game set a new low rating, and the early rounds of the playoffs were down 15-32 percent on various broadcasters.

But there could be two lasting TV effects of the first all-New York World Series since 1956: other networks might decide they will try to counter Fox's games with first-run programming, and Fox won't have a strong 2000 rating to use as a basis for 2001 ad sales.

"The only financial hit really may come a year from now," said Paul Schulman, president of media buyer Schulman/Advanswers NY. "People will be expecting more in the area of a 12.5 again."