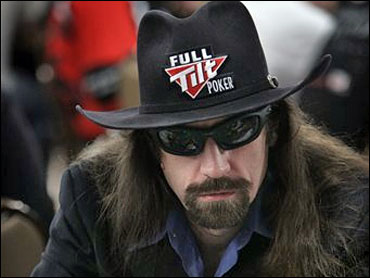 Last year at the World Series of Poker in Las Vegas, a television reporter stuck a microphone in the face of former world champion Chris "Jesus" Ferguson and asked, "How do you like your chances this year, Chris?"

I am now preparing to enter this year's lottery. The field is smaller this year, thanks to congressional legislation that led several of the biggest online poker sites to pull out of the U.S. market, dramatically reducing the number of online qualifiers (who accounted for 75 percent of last year's record field). Still, more than 5,000 players will be competing for the gold bracelet and bragging rights that will be bestowed on the winner of the 10-day competition.

In preparing to enter that lottery, I have been reviewing the online reports of the past two days of play. They broke the field into four "flights." The first group played Friday, another on Saturday, and so forth. On Tuesday the survivors will come together and continue the quest for glory.

Reading those accounts was a sobering reminder that you can play the best poker of your life and still lose if the poker gods are cruel to you.

On the first day of play, former two-time World Champions Doyle Brunson and Johnny Chan were eliminated. On the second day, former champs Erik Seidel and Scotty Nguyen bit the dust. No amateur like me expects to play better than Doyle. Johnny, Erik and Scotty. Good play alone is not enough to guarantee surviving the carnage of Day One when two thirds of the field will be knocked out.

Here are a few examples from the second day of play: