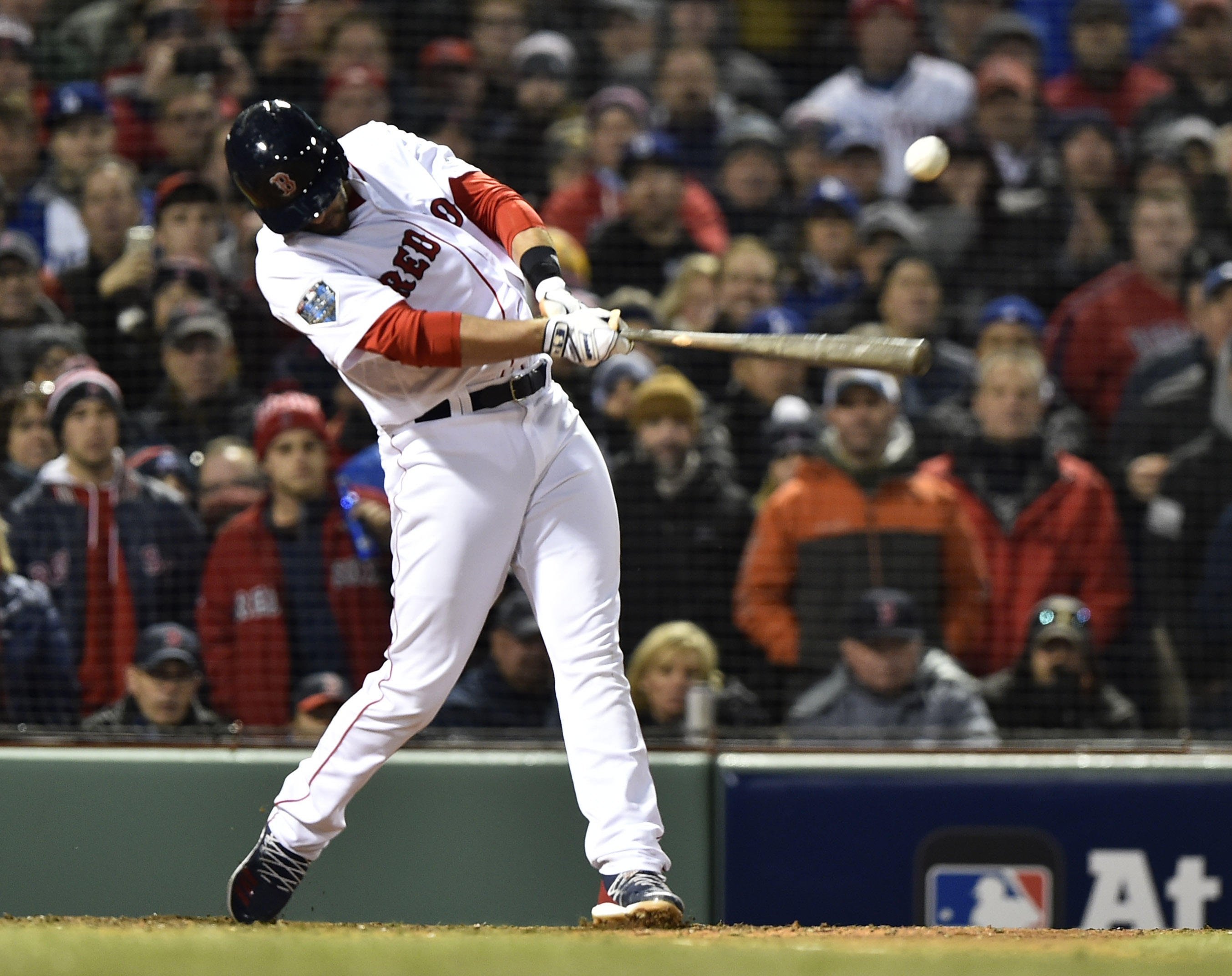 BOSTON -- From playoff flop to World Series ace in one legacy-changing October, David Price earned his second postseason victory in a row Wednesday night and moved the Boston Red Sox to within two wins from another title.

The left-hander pitched six innings of three-hit ball, and major league RBI leader J.D. Martinez broke a fifth-inning tie with a two-run single during another two-out rally that sent Boston to a 4-2 victory over the Los Angeles Dodgers and a 2-0 Series lead.

Game 3 is Friday in Los Angeles.

The Red Sox have won 14 of their last 16 World Series games, dating to a four-game sweep of the St. Louis Cardinals in 2004.

Not bad for a team that went 86 years without a championship before then.

And Price had battled a curse of his own.

The one-time Dodgers draft pick had been 0-9 in his first 10 postseason starts and his team had never won a playoff game he started before this year. Boston has now won his last three starts, including the ALCS Game 5 clincher against the defending champion Astros in which he pitched six shutout innings.

So what changed for Price, who said he found something while warming up in the bullpen late in Game 4 at Houston?

"I have," he said Wednesday night. "I take a lot of pride in being able to evolve from pitch to pitch or day to day or game to game. Being able to make adjustments on the fly, it's paid off."

On a frigid night at Fenway Park, Price held the highest-scoring team in the National League hitless through three innings and retired the last seven batters he faced. He struggled only in the fourth, loading the bases with nobody out on two singles and a walk as the Dodgers took a 2-1 lead - their first of the Series.

"He was amazing," Boston manager Alex Cora said. "I get it, the numbers. But this guy has been one of the best pitchers in the big leagues for a long time."

And once again, the 108-win Red Sox waited until there were two outs to break through.

In an uncanny stretch of clutch hitting that has been their hallmark throughout the season, the Red Sox scored all four of their runs in Game 2 with two outs, including a three-run rally in the fifth that started after Hyun-Jin Ryu set down Ian Kinsler and Jackie Bradley Jr.

Christian Vazquez singled, Mookie Betts did the same and Andrew Benintendi worked the count full before walking to load the bases, chasing Ryu. Ryan Madson walked Steve Pearce to tie the game before Martinez, who had 130 RBIs in the regular season, dropped a soft line drive in front of right fielder Yasiel Puig to score two more and give Boston a 4-2 lead.

Price and three relievers retired the last 16 Los Angeles batters, with Craig Kimbrel closing out the Dodgers in a perfect ninth for his sixth save this postseason. Not since Don Larsen's 1956 perfect game for the Yankees had an American League team retired so many consecutive hitters to finish a World Series game, according to STATS.

"We had him. We had him on the ropes," Los Angeles manager Dave Roberts said. "The difference is they got the big hit when they needed and we didn't."

Boston's other run came on Kinsler's two-out single in the second.

The Red Sox, who led the majors in two-out runs in the regular season, have scored 36 of their 68 runs this postseason - and nine of their 12 in the Series - with two outs.

And now it's the Dodgers in a hole.

The last 10 teams to win the first two games of the World Series - and 16 of the last 17 - have gone on to win it all. And the NL West champions will need to do it against a team that has won six straight postseason games and five in a row on the road.