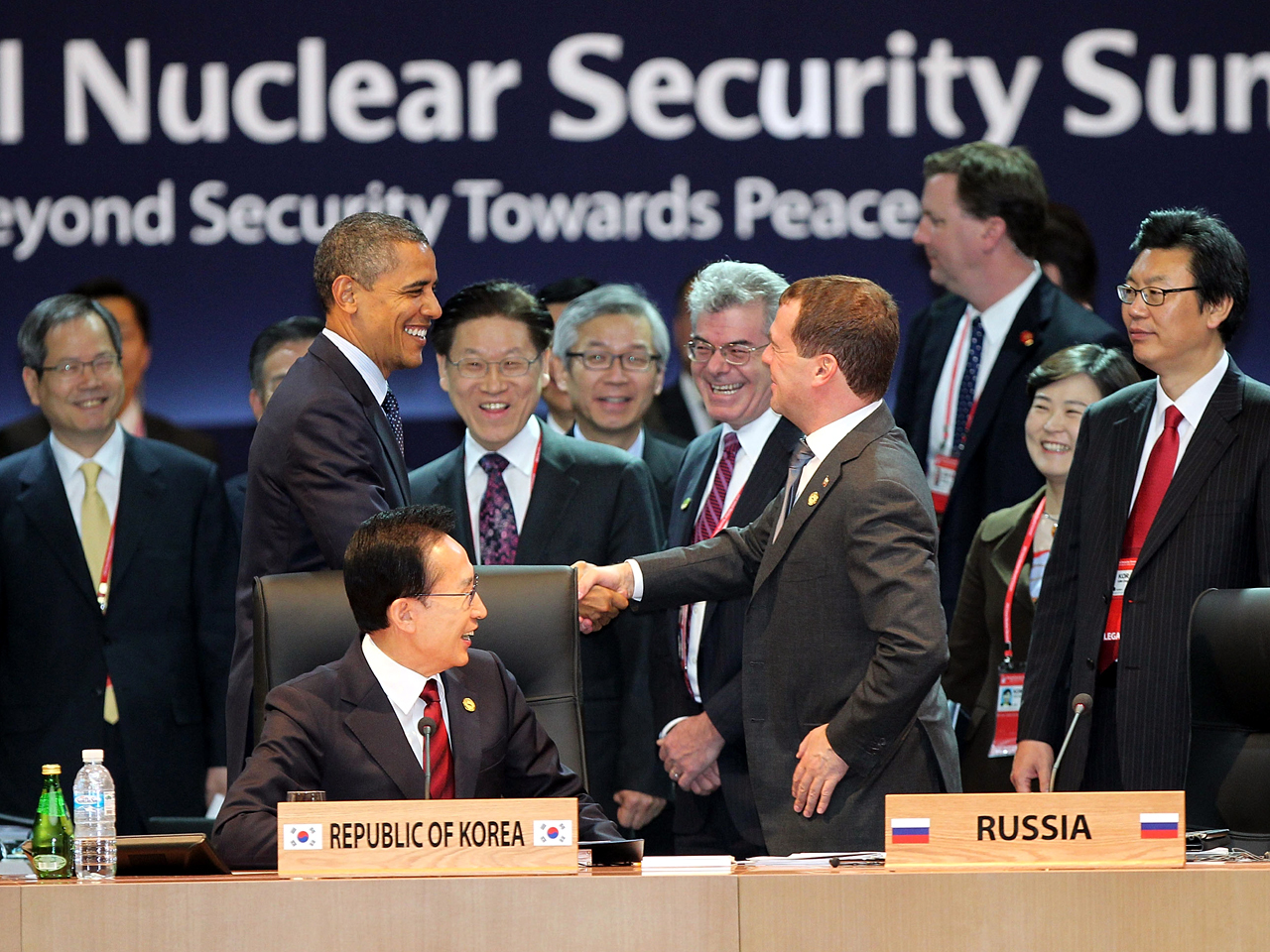 (AP) SEOUL, South Korea - Material that can be used to make nuclear bombs is stored in scores of buildings spread across dozens of countries. If even a fraction of it fell into the hands of terrorists, it could be disastrous.

Nearly 60 world leaders who gathered Tuesday in Seoul for a nuclear security summit agreed to work on securing and accounting for all nuclear material by 2014. But widespread fear lingers about the safety of nuclear material in countries including former Soviet states, Pakistan, North Korea, Iran and India.

While the threat of nuclear terrorism is considered lower now than a decade ago, especially after the death of Osama bin Laden, the nightmare scenario of a terrorist exploding a nuclear bomb in a major city isn't necessarily the far-fetched stuff of movies.

"It would not take much, just a handful or so of these materials, to kill hundreds of thousands of innocent people and that's not an exaggeration, that's the reality that we face," President Obama told world leaders at the meeting, a follow-up to a summit he hosted in Washington in 2010.

Building a nuclear weapon isn't easy, but a bomb similar to the one that obliterated Hiroshima is "very plausibly within the capabilities of a sophisticated terrorist group," according to Matthew Bunn, an associate professor at Harvard University's John F. Kennedy School of Government.

The Nuclear Threat Initiative, a Washington-based nonproliferation group that tracks the security of world nuclear stockpiles, said in a January report that 32 countries have weapons-usable nuclear materials. Some countries, such as the United States, maintain strict controls already. However others, including Russia and other former Soviet republics, have struggled to secure their stocks, raising fears of "loose nukes" falling into the hands of terrorist groups.

Some countries on the NTI list are a concern because of their government's ties with militant groups or because of corruption among their officials. Others simply don't yet have good safety practices.

Although Pakistan's small stockpiles of nuclear material are heavily guarded, it is believed to be prone to corruption by officials who may have sympathies to hard-line Islamic militants, Bunn said.

Despite New Delhi's insistence that its nuclear materials are secure, the NTI ranked India among the top five nuclear security risks, saying the government needs more transparency, more independence for its nuclear regulator and tighter measures to protect nuclear material in transit.

India's lax security was displayed in at least two incidents in recent years in which radioactive materials — from a hospital and a university laboratory — were discarded and later ended up in a scrap dealer's shop.

Other recent nuclear scares include a suspected attempt by a crime syndicate in the eastern European country of Moldova to sell weapons-grade uranium to buyers in North Africa. Officials in the country told The Associated Press that 2.2 pounds of highly enriched uranium remains in criminal hands and is probably in another country.

Russia has dramatically improved its nuclear security over the last 15 years, Bunn said, but it has the "world's largest stockpiles in the world's largest number of buildings and bunkers" as well as corruption and a weak security culture and regulations.

North Korea and Iran are viewed with worry because of fears of nuclear proliferation.

But Bunn said both are "likely small parts of the nuclear terrorism problem."

"North Korea has only a few bombs' worth of plutonium in a tightly controlled garrison state," he said. "Iran has not begun to produce weapons-usable material."

While some groups could develop crude missiles or other delivery systems, unconventional weapons such as a single briefcase containing plutonium and a detonator may be an even bigger threat, said Chang Soon-heung, a nuclear expert at the Korea Advanced Institute of Science and technology.

While experts praised this week's nuclear summit as a sign of progress, some doubted whether countries would meet the 2014 deadline for securing the world's loose nuclear material, defined generally as completed weapons, bomb material, or the skills to build them.

"There needs to be more political leadership from the top, and countries need to stop talking about what they're doing individually and acknowledge that this is a cross-border international issue," Luongo said.