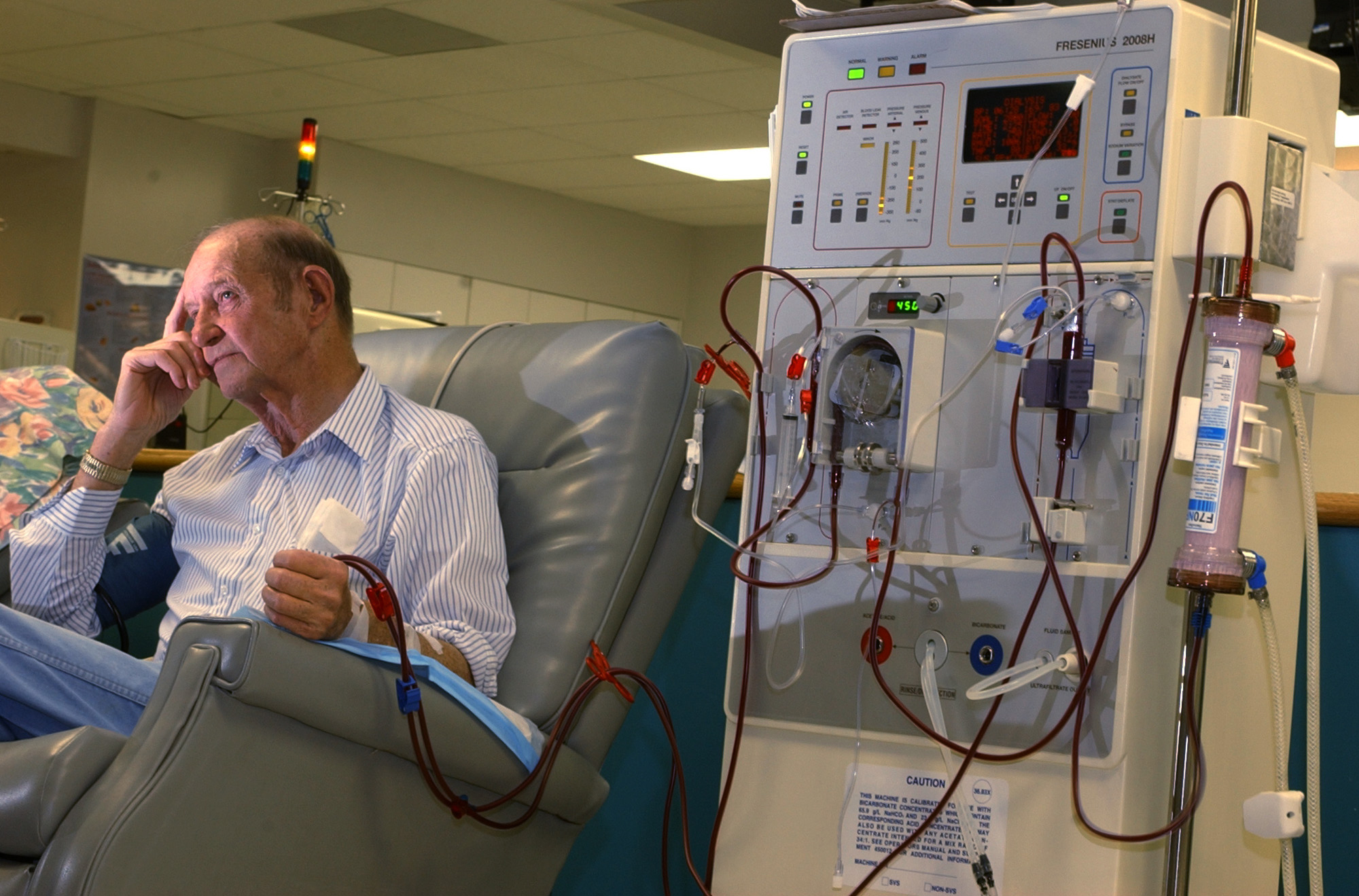 Kidney disease is a major health burden in the United States, affecting more than 26 million people.

However, the disease doesn't get as much attention as other conditions like obesity and heart disease in part because many people with kidney disease don't even realize it.

That's where World Kidney Day comes in. Organizations from more than 150 countries are banding together to raise awareness of why our kidneys are so crucial to our overall well-being, and highlighting ways to reduce risk for the diseases and its associated health problems.

Kidney disease is characterized by the gradual loss of kidney function over time, according to the United States' National Kidney Foundation (NKF). The kidneys are powerful "chemical factories" that remove waste and drugs from the body, balance the body's fluids, release hormones that regulate blood pressure and stimulate red blood cell production, filtering and returning to the bloodstream about 200 quarts of fluid every 24 hours, according to the foundation.

Dr. Joseph Vassalotti, chief medical officer for NKF, explained to CBSNews.com that when many people think of kidney disease, they picture kidney failure and people plugged into dialysis machines (which mimic the kidneys' function by removing waste compounds from blood). However, only 500,000 of the 26 million affected Americans actually face kidney failure that requires dialysis. What many people don't realize, is that if they have high blood pressure (hypertension) or diabetes, they may be at a higher risk for or already have chronic kidney disease.

"It's a connecting-the-dots disease," said Vassalotti, referring to how kidney disease often accompanies these other health conditions.

Kidney disease is the ninth-leading cause of death in the United States.

Vassalotti said that maintaining a healthy lifestyle, including eating right with lots of fruits and vegetables, exercising and reducing sedentary activity throughout the day could go a long way to reducing risk for kidney disease.

Also, people at high risk for kidney disease, such as older adults, people with a family history, or those with diabetes and high blood pressure should talk to their doctor about getting a test to find out their glomerular filtration rate (GFR), which is a measure of kidney function.

Former San Antonio Spurs star Sean Elliott said in an NKF video that high blood pressure ran in his family in everyone but his brother, who eventually had to give him a kidney transplant during his playing days.

"I didn't really realize how much damage the high blood pressure was doing to my body, I had no clue. I was a 25-year-old professional athlete," he said.

Elliott added that education is essential when it comes to kidney disease because by the time you get symptoms, it's too late. "It's not glamorous, you never see advertisements or campaigns against kidney disease, but it's a silent epidemic. You're just a time bomb if you have kidney disease and you're walking around and have no idea."