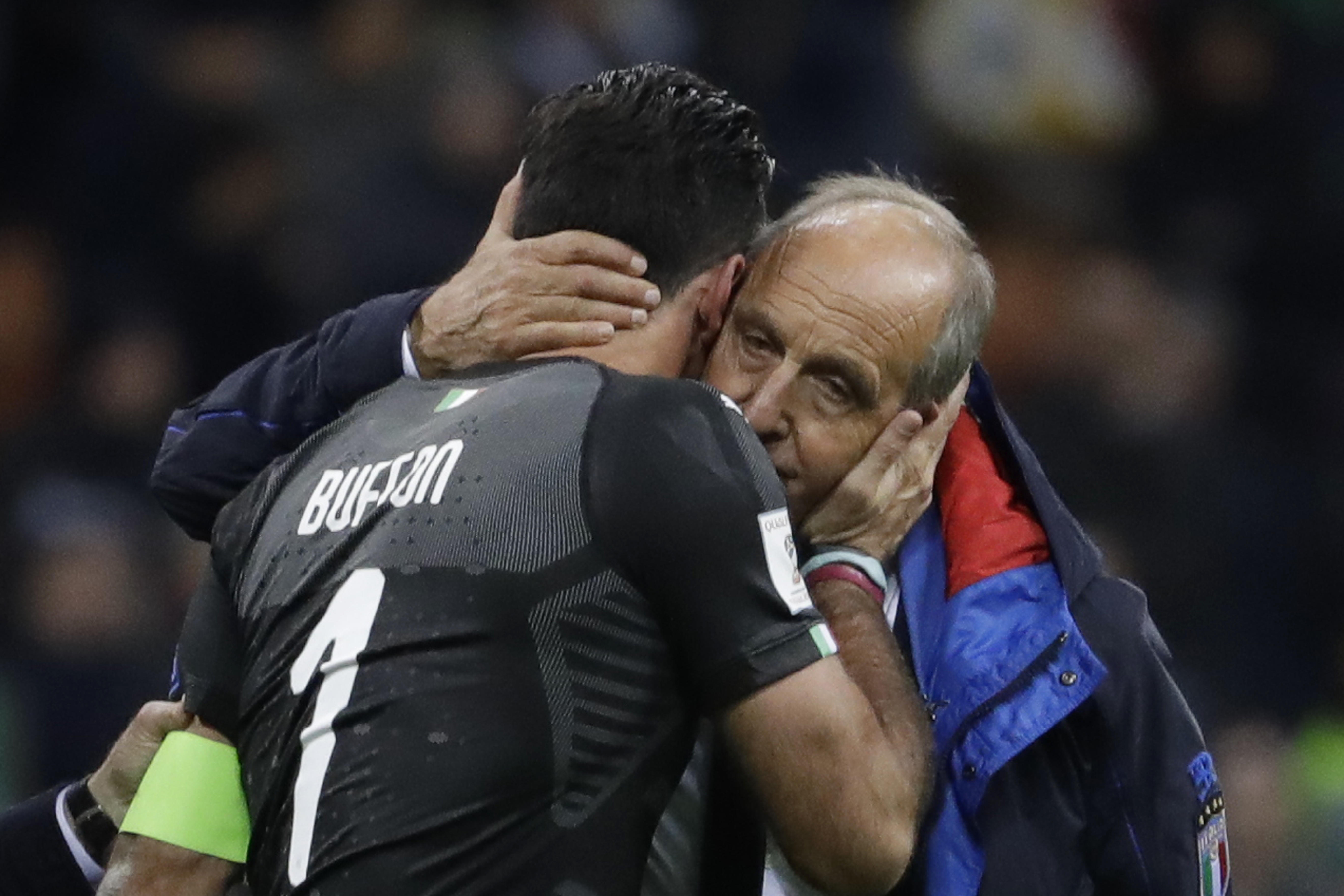 MILAN -- Four-time champion Italy failed to qualify for the World Cup for the first time in six decades after losing its playoff to Sweden 1-0 on aggregate.

They played to a goalless draw in a quiet San Siro on Monday.

It could have been worse for Italy, as Sweden was denied what looked like two clear-cut penalties for handballs, first from Matteo Darmian and then from Andrea Barzagli.

Italy had a penalty appeal of its own waved off by referee Antonio Mateu Lahoz when Marco Parolo was tripped from behind by Ludwig Augustinsson.

But the Azzurri struggled to carve out clear chances against a solid Sweden side, and really tested goalkeeper Robin Olsen only once.

The last major competitions Italy missed were the 1984 and 1992 European Championships. It has participated in every World Cup since failing to qualify for the 1958 tournament.

It would be easy to lay the blame squarely on Gian Piero Ventura. The Italy coach will naturally take the lion's share but the Azzurri's problems run much deeper.

After winning the World Cup in 2006 for a fourth time, Italy went out at the group stage of the next two editions. It has fared somewhat better at the European Championships, reaching the final in 2012 and going out in the quarterfinals in 2008 and 2016.

However, Antonio Conte's Italy side overachieved in France last year, when it surprisingly beat Spain in the round of 16 before losing on penalties to world champion Germany.