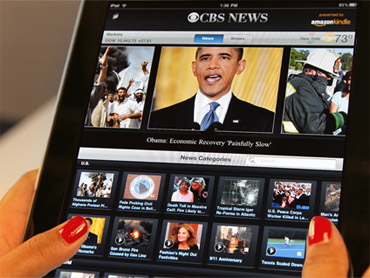 PITTSBURGH - The tech slang "app" was voted the 2010 "Word of the Year" Friday by the American Dialect Society, beating out Cookie Monster's "nom, nom, nom, nom."

The shortened slang term for a computer or smart phone application was picked by the linguists group as the word that best sums up the country's preoccupation last year.

"Nom" - a chat-, tweet-, and text-friendly syllable that connotes "yummy food" - was the runner-up. It derives from the Sesame Street character's sound as he devours his favorite food.

The vote came at a Pittsburgh hotel ballroom during the national conference of the Linguistic Society of America, an umbrella group that includes the Dialect Society. About 120 of the 1,000 conference attendees voted in the "competition" with neither side entirely satisfied.

Critics of "app" said the word was somewhat stale, while proponents said 2010 was the year the word became omnipresent - with one arguing that her elderly mother knows the term, even though the woman doesn't have any apps.

"I think this past year there wasn't anything clearly dominant," Metcalf said. "But there's no question 'app' is a very powerful word."

Though the "Word Of The Year" is perhaps the best known item on the national conference agenda, it's hardly the most serious. The program includes discussion of such subjects as school curriculum and raising education standards.

And that's one reason Metcalf said the "Word Of The Year" isn't universally popular among the conferees.

"But, on the other hand, it attracts a lot of attention to our work," he said.

Anyone could nominate a "Word of the Year" by e-mail or Twitter, using links on americandialect.com.

As with app, tech terms have been among the most popular since the group started the competition in 1990. Some previous winners include "millennium bug" (1997), "information superhighway" (1993), and "web" (word of the 1990s).

When the Internet doesn't hold sway, current events or politics tend to dominate. Listed among nominees on the group's website were "tea bagger," "Palinism" and the Palinism "refudiate." On Friday, voters chose to nix political terms altogether, including "Obamacare" and "mama grizzly" - yes, yet another Palinism, referring to conservative women who are protective of their families.

The inaugural winner, in 1990, was Bushlips, defined as "insincere political rhetoric" an apparent reference to President George H.W. Bush's broken "Read my lips, no new taxes!" promise. Chad, as in "hanging," was 2000's word after the contested victory by Bush's son, and 2002's winner was also taken from a pair of Bush lips: WMD, as in "weapons of mass destruction."

BP's oil spill in the Gulf of Mexico spawned many 2010 nominees, but none made the final cut, not even "spillion," defined as an immeasurable number, in reference to the billions of gallons of oil that spilled into the waters.