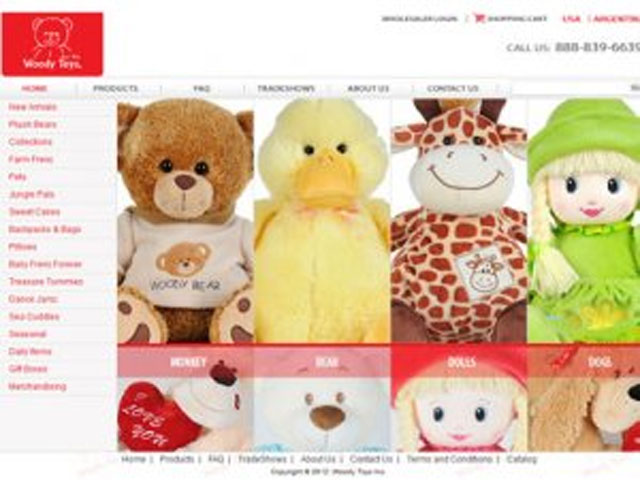 Jia Hui Zhou and Dan Xin Li, the owners of Woody Toys in the City of Industry, a Los Angeles suburb, were arrested along with three company employees on charges of evading federal reporting requirements for financial transactions, Immigration and Customs Enforcement officials said.

Jose Miguel Yong-Hinojosa was taken into custody Saturday night at Los Angeles International Airport, and Luis Ernesto Flores Rivera was arrested earlier this month in Texas, the agency said in a statement.

Zhou and the two toy dealers are also charged with conspiring to launder money in a scheme that officials said channeled at least $6 million to the California toy company between 2005 and 2011.

The Mexican toy dealers bought U.S. dollars made off drug sales from currency brokers in a "black market peso exchange," officials said. That exchange enabled drug traffickers to get rid of drug dollars and gave the toy dealers a more favorable exchange rate so they could then purchase toys in the United States, authorities said.

The dealers would then send the money to Woody Toys via courier or bank deposits. Authorities said Woody Toys failed to file required paperwork when the company received deposits of more than $10,000 and also intentionally structured bank deposits in smaller increments to avoid having to do so.

If convicted of evading federal reporting requirements, the defendants could face up to five years in prison. The money laundering charge can carry a sentence of up to 20 years in prison.