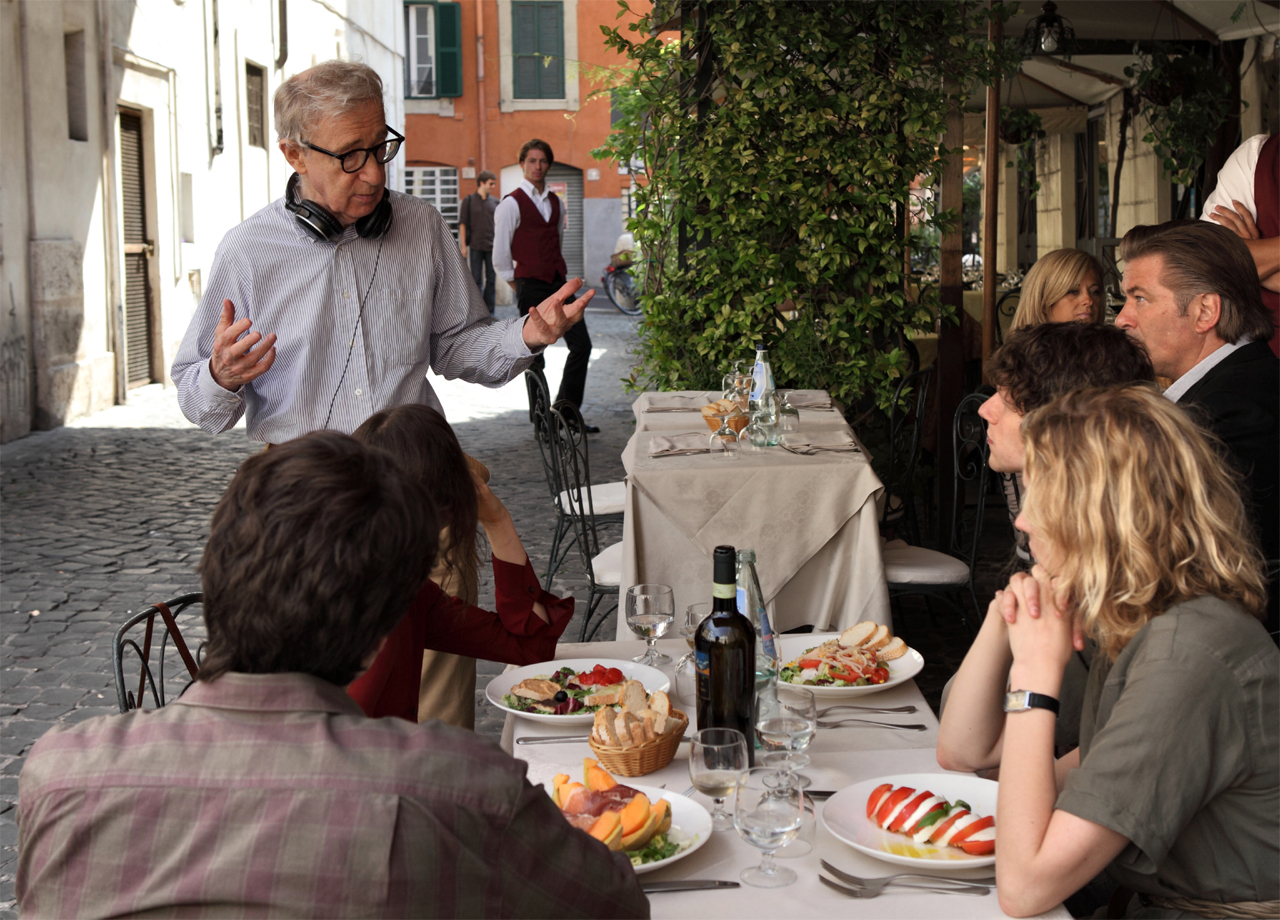 (CBS News) For the seventh time in seven years Woody Allen, perhaps the filmmaker most synonymous with New York City, has directed a new movie in a European city - but he insists he hasn't lost his love for New York.

"There were certain stories that occurred to me that I thought were sort of indigenous to Rome - if not exclusively indigenous, they were certainly suggested by the fact that I was filming in Rome," Allen told CBS News.

"Rome is a provocative city to shoot in - it's visually very arresting," he said. "And there are certain things in the Italian sensibility that make you want to tell certain different stories."

That, consequently, made it difficult to settle on only one tale to tell. "Rome is such a vital city," he said, with "so many funny characters, and the activity in Rome takes place so much on the streets of Rome. It's [such] such an amusing and vibrant kind of city as opposed to, say, if I were making a film in Berlin or Brussels. It's got a totally different sensibility. In Rome it's all up and fun, and everybody's got a built-in, comic life-enjoying feeling there."

Two stories in particular capture the director's absurdist humor: One involves a gifted amateur singer of opera, who is incapable of producing a beautiful voice unless he is singing in the shower. Another tale stars Roberto Benigni ("Life Is Beautiful") as a boring, middle-class office worker who wakes up one morning to discover he's famous - prey for paparazzi and voluptuous women.

Another story involves Americans in Italy, in which Baldwin plays a successful architect dispensing advice (usually ignored) to a young architecture student (Eisenberg) caught in a romantic triangle.

"I could have done that in New York," Allen admitted, but he found the element of strangers visiting another city intriguing - and felt Rome was as good as any setting for that.

Though Allen's most famous films were shot in New York City, in recent years the struggle to get funding has led him to filming overseas - London, Barcelona and Paris. "People call up and say, 'If you make a picture here, we'll pay for it,'" he said.

Allen noted that "through a series of very clever con games" he has raised money to film his next picture stateside, in New York and San Francisco.

As to the reception of "Midnight in Paris," Allen calls it a "happy accident."

"I had no idea why everyone embraced the picture so enthusiastically," he said. "You make a movie, and some pictures they like a little bit, some they like a lot, some they don't like at all. It's very capricious, a complete mystery to me. To me ['Midnight in Paris'] is no more an appealing picture than 'Vicky Cristina Barcelona' or 'Match Point' or 'Annie Hall' or 'Husbands and Wives.'"

Allen also acts in his latest film - his first appearance since "Scoop" in 2006. But he says the only reason he doesn't act more often is because he hasn't written a part he felt was right for him - plus, other directors have rarely asked him.

That has changed - he's due to appear in John Torturro's "Fading Gigolo" (not, he points out, playing a fading gigolo).