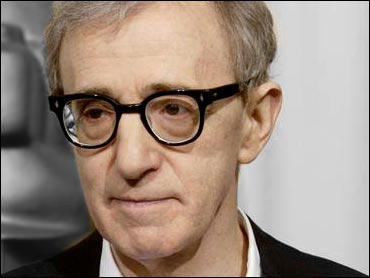 The Academy Award-winning filmmaker and writer has recorded audio editions of four of his books, compilations of the comic stories and essays he has published in The New Yorker and elsewhere. They include "Mere Anarchy," "Getting Even'' and "Side Effects."

Woody Allen to Film Next Project in Paris

The audiobooks are being released today by the digital audio producer and provider Audible.com, a subsidiary of Amazon.com.

They will initially be available exclusively through the Audible website. They can be purchased individually for $12.95, or together including an exclusive, one-hour interview with Allen for $34.95.

Allen's film, "You Will Meet a Tall Dark Stranger," will arrive in theaters this fall.