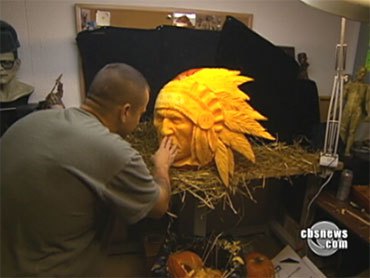 As the Watergate scandal unfolded in the pages of the Washington Post in the early 1970s, the two reporters who first broke the story became just as famous as the people they were writing about.

There was even a movie made about the scandal and their role in it, "All The President's Men."

But there's a lot that's not generally known about Bob Woodward and Carl Bernstein.

Alicia Shepard fills in the gaps in her very candid book, "Woodward and Bernstein: Life in the Shadow of Watergate."

Shepard discussed it with co-anchor Harry Smith on The Early Show Tuesday.

"They were journalistic icons for the role they played in bringing down, or helping to bring down a president of the United States, (Richard) Nixon in 1974," Shepard understated.

"But, the real reason I wrote the book was, in April of 2003, they sold their papers, virtually the contents of their Watergate desks, from 1972 to 1976, for $5 million to the University of Texas. What other American journalist could do that?"

Shepard agreed completely with Smith's assessment that, "There could not have been two more opposite people who had to work so closely together."

She pointed out that, "Woodward grew up in the Midwest, Republican household, went to Yale, was in the Navy. Goldwater Republican. Landed at The Washington Post in 1971, had nine months reporting experience. Carl is Jewish, grew up in the Washington, D.C. area. His parents were members of the Communist Party. And a college dropout.

"They couldn't be more different. But together they did something that neither one of them could do individually.

"Carl was the big thinker, and Woodward was the one that make sure it got done."

"You could just tell," Shepard continued, "by how different they were that they wouldn't be friends and they wouldn't be working together. But they grew to like one another" and are very good friends now.

Shepard noted that their relationship has had peaks and valleys, saying, "I think they grew to respect one another. And I think that they knew that each of them had strengths that the other didn't, and they relied on one another. So, yeah, I think they were friends. But by end of 1976, they had an ugly breakup and went their separate ways."

Fame, Shepard observed, "played a huge role in changing their lives forever. Woodward was able to soldier on and write 14 books. Carl had a harder time. Woodward is the fifth branch of government! Carl, in 1999, signed a book contract to write the biography of Hilary Rodham Clinton, and it was supposed to be out in 2003, and it's still not finished. And in that same space of time, Woodward's written five books. In some ways, Carl lives in the shadow of Bob Woodward. All of us do!"

After Watergate, Shepard says, the two went in "completely different directions. Woodward stayed at The Washington Post. Carl tried his hand in television, at ABC News (and was a consultant at CBS News for awhile). By his own admission he failed at that"

In general, Shepard said, "They had a hard time. They both got married during the heady days of Watergate, Carl most famously to Nora Ephron. Those were second marriages. Neither of those marriages could withstand all that pressure and that fame and money.

Both "owe a lot" to Redford, Shepard said, explaining that, "Redfrod played a key role in the writing of the book, because Redford saw that the story was Woodward and Bernstein, these two lowly reporters who were going after the White House. I think they were really out to get to the bottom of the story. It was also the fact that they were so different, and that they were lowly metro reporters. They weren't big, White House reporters.

"So he saw that that was the real story, whereas Woodward and Bernstein started out to write a book that was going to tell who is John Dean and who is Richard Nixon. And redford was the one who shaped 'All the President's Men.' "