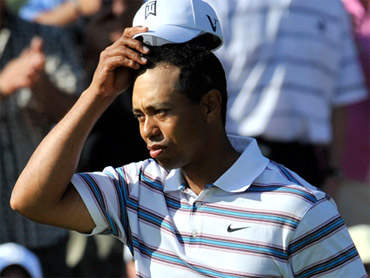 Could the treatment work for the golf great?

According to self-described recovering sex addict Cory Schortzman, it could.

Cory and his wife, Kerry Schortzman, appeared on "The Early Show" to share their ongoing struggle with Corey's sex addiction.

Corey explained his sex addiction was fantasies, "self-sex" and emotional affairs with several women he worked with. He said he had no physical intimacy with other women.

"Well, Maggie, you might be thinking of the guy in the bookstore as the sex addict, but actually most guys are on the Internet, have jobs, and most of it involves pornography and self behavior," he said. "Some of them will go out and have affairs or prostitutes or sex with strangers, anonymous encounters, but most are really married guys at home, hours on the Internet, while their wife is right next door and they could be with them."

Kerry Schortzman has stayed beside her husband through five-and-a-half years of treatment. She said a marriage can survive sex addiction.

"There's hope, there definitely is, and I think, as a woman, you just need to have mercy and grace to allow your spouse to just go through that process of healing, and it does take time," she said.

But could sex cravings actually be considered a compulsion - an addiction?

Weiss said Woods -- like many people before him -- do suffer from a legitimate addiction.

"They have everything, and yet they choose this out-of-control behavior, and they've tried to stop on their own. They've often have histories of abuse and abandonment. And their own pain they haven't dealt with and it shows up in these behaviors," Weiss said. "It's definitely an addiction because it's kind of like -- it's insane behavior. It makes no sense. You have a beautiful wife - and every man in America does -- and you choose to look at the images or get into relationships that are not good for you, they're not good for your family. It makes no sense. It is an addiction."