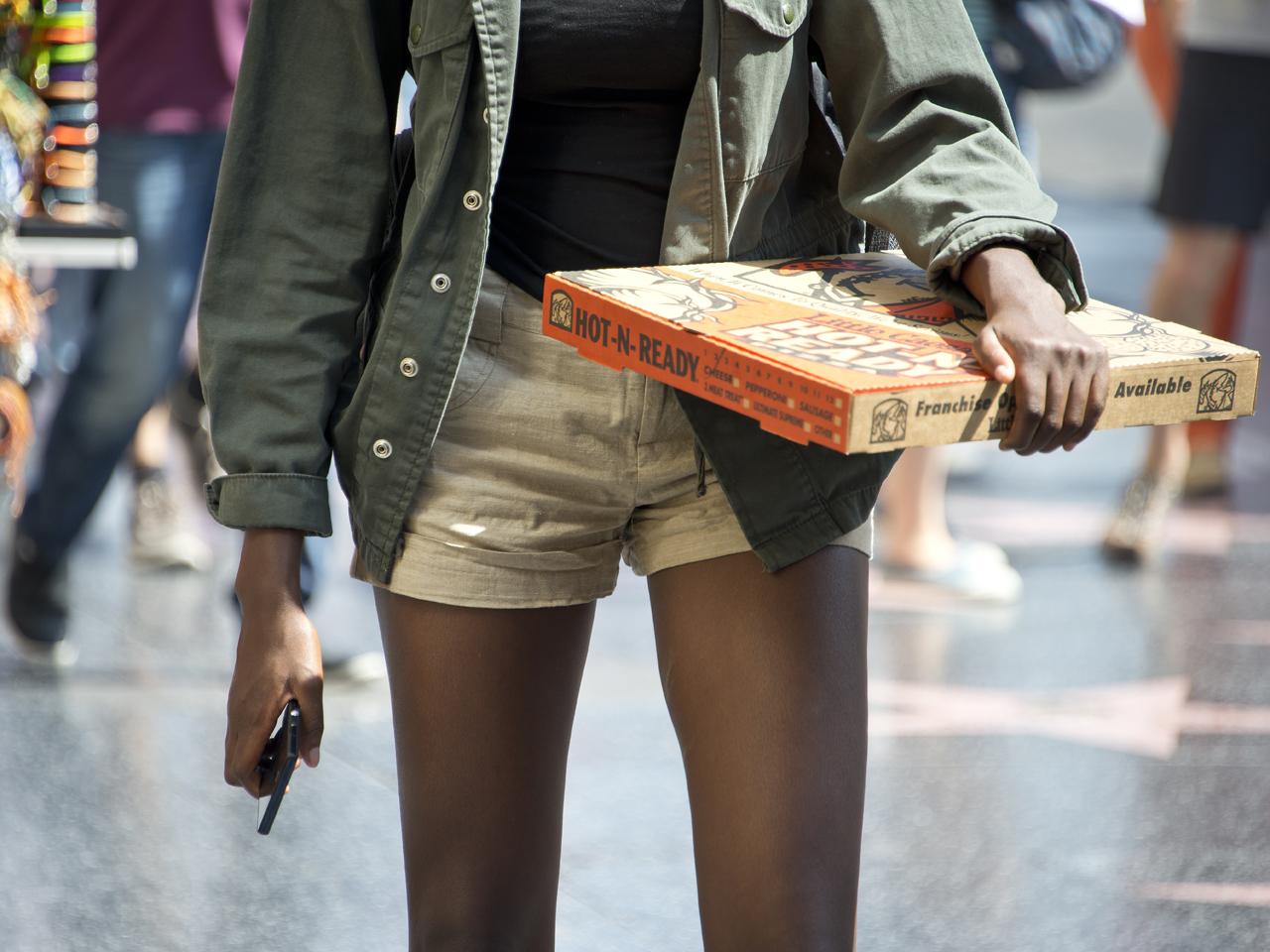 BALLWIN, Mo. Experts in eating disorders are concerned about an Internet-fueled trend in which teenage girls and young women pursue an elusive and possibly dangerous weight-loss goal: to become so slender that their thighs don't touch even when their feet are together.

Specialists say achieving a so-called "thigh gap" is risky and virtually impossible. But some exceptionally thin models have the gap, which is upheld as a beauty achievement on countless Tumblr pages, blogs and other social media sites.

"The issue of focusing on a particular body part is very common," said Claire Mysko, who oversees teen outreach and digital media for the National Eating Disorders Association, an advocacy group. "What is new is these things have taken on a life of their own because of the Internet and social media."

When the vast majority of people stand with their feet together, their thighs touch. A tiny percentage of people have thighs so slim that they don't come together. The "thigh gap" refers to this space.

Studies suggest that peer pressure from social media plays a significant role in eating disorders. A 2011 study at the University of Haifa found that adolescent girls who spent the most time using Facebook had a greater chance of developing a negative body image and an eating disorder.

"The intrusion and presence of social media in our lives really does make it very difficult," said Nancy Albus, chief executive officer of Castlewood Treatment Center, a suburban St. Louis facility that focuses on eating disorders. "The important distinction about thigh gap is it gives you an actual visual to achieve, this visual comparison of how your body does or doesn't stack up."

Vonda Wright, a Pittsburgh-based orthopedic surgeon and fitness expert, said the spacing between a person's legs is based mostly on genetics. And even extraordinarily thin people may not have a body type that can achieve a gap. You have to be both skinny and wide-hipped, she said.

Besides, Wright said, it isn't a goal worth chasing. Most fit people won't have a thigh gap because their thighs are muscular enough that they touch, she said.

"Skinny does not mean fit or muscular," said Wright, who works with Division I athletes. "I cannot think of one athlete I deal with" who has a thigh gap.

Experts say it is impossible to know if the pursuit of a thigh gap has caused any deaths, nor is it known how many eating disorders are blamed on the phenomenon. But Mysko said experts believe that "exposure to online images of extreme beauty standards and the drive to compare does increase the risk of developing eating disorders."

Sara, a 22-year-old Castlewood client, said thigh-gap sites were a contributing factor in her struggle. She spoke on the condition that she be identified only by her first name to avoid the stigma associated with eating disorders.

Always a high achiever, Sara was captain of her high school swim team in Minnesota and a straight-A student. In college, she graduated near the top of her class, even while hiding her secret.

It was in high school that Sara developed anorexia. By college, she was purging and excessively exercising. She was a frequent visitor to thigh-gap sites.

"It helped to normalize what I was doing to myself," Sara said. "I never knew before that I wanted a thigh gap. It felt like it was some type of accomplishment that people would want to achieve."

The sites offered photos of slender-legged models, testimonials on how to achieve the gap and tips such as chewing food but spitting it out before swallowing.

Grotesquely, some of the sites showed pictures of Holocaust victims "for motivational purposes" or martyred those who died from eating disorders. It seemed to make her own struggle OK, Sara said.

Her therapist, Kim Callaway, said she often encourages clients to avoid social media and even delete their Facebook pages.

"It's not uncommon for people to be on Facebook talking about what they ate today, posting pictures of their meals or writing about how they're 10 pounds lighter than they were a month ago," Callaway said.

"The ability to be instantly connected to everybody and see what they look like and see them blog or talk about what they are eating and what they do for exercise -- this makes it a lot more difficult for those with eating disorders," Callaway said.

The National Eating Disorders Association is fighting back with its own site, www.Proud2BMe.org, which promotes positive body image and encourages healthy attitudes about food and weight.

Sara is getting better after about four months of treatment at Castlewood. She's moved out of the treatment center to an apartment, though she still gets outpatient therapy.

"I want to recover," she said. "And I don't want this to be my life anymore."