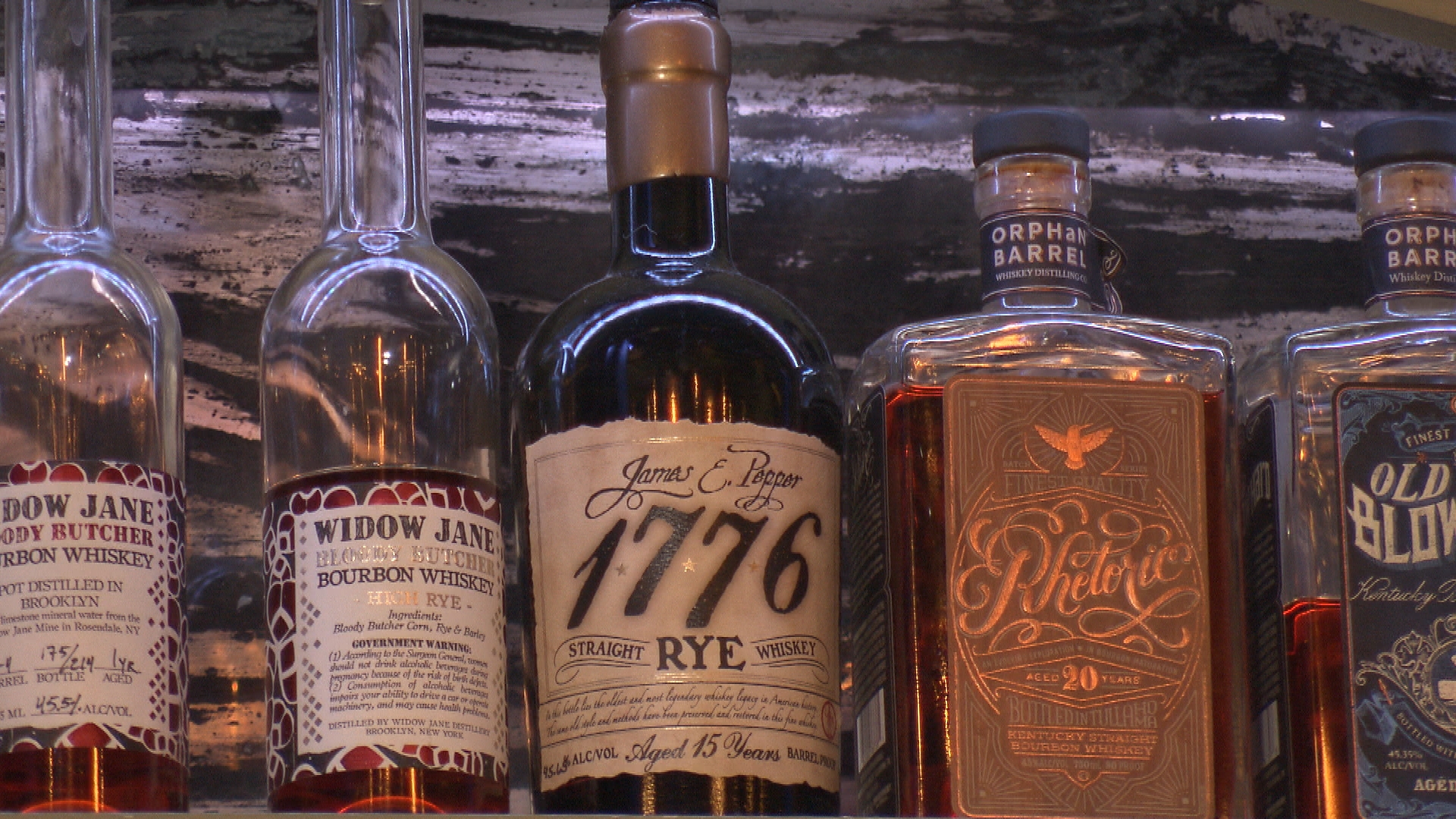 If you think whiskey is only for guys, you're in for a shot of reality. More women find they want a taste of the action, and they're not just drinking it.

Some of the most well-known whiskeys today were either founded, owned, managed or saved by women. There are even clubs for women to experience and learn about different whiskeys and whiskey cocktails, reports CBS News correspondent Michelle Miller.

At a gathering on New York's Upper East Side, women come with one type of beverage in mind. "Women Who Whiskey," a club dedicated to bringing together women who love everything from bourbon to rye.

"I would see other girls ordering whiskey drinks, and I said, 'Oh, that's interesting. You don't see that very often.' And I said, 'I drink whiskey,' the club's founder Julia Ritz Toffoli said.

She said she didn't start drinking whiskey, or alcohol for that matter, until later in life.

"It wasn't until I got to college in Montreal where I discovered the rye and ginger -- a very popular drink in Canada," she said. "And that's, I guess when I discovered it and I started to love it."

And she's not the only woman who loves it.

Heather Greene, author of "Whiskey Distilled: A Populist Guide to the Water of Life," is New York's first female whiskey sommelier. She teaches a class at the Flatiron Room in New York City.

"When people come in and say, 'I don't like whiskey, I only drink wine,' I say, 'I can find a whiskey for any palate,'" Greene said.

From Mila Kunis and Christina Hendricks promoting it, to Hillary Clinton, Rihanna, Lady Gaga and even Duchess Kate, high powered women everywhere are savoring their whiskey.

In fact, women make up 37 percent of whiskey customers in the U.S. That's up seven percent from two years ago -- a fact at odds with our post-prohibition image of American women sipping more ladylike drinks.

So why whiskey and why now?

According to Fred Minnick, author of "Whiskey Women: The Untold Story of How Women Saved Bourbon, Scotch, and Irish Whiskey," it's really about women returning to their roots.

"Throughout the 1400s through the 1700s, women were making whiskey as well as selling it, drinking it," Minnick said.

And they were often selling it in the most intimate places.

"Prior to prohibition, prostitutes were probably the most powerful whiskey salesmen in the United States," he said. "Johns would come in and the prostitutes would start getting 'em liquored up. And they would earn commissions for themselves and for the brothel."

Today women have advanced from bootlegging to taking on major leadership roles in the whiskey industry -- among the most renowned, Brenne's Allison Patel, Bowmore's Rachel Barrie and Dewar's Stephanie MacLeod.

"The future of whiskey is in the hands of women, from both the leadership ranks as well as the consumer ranks," Minnick said.

Rare images of The Beatles