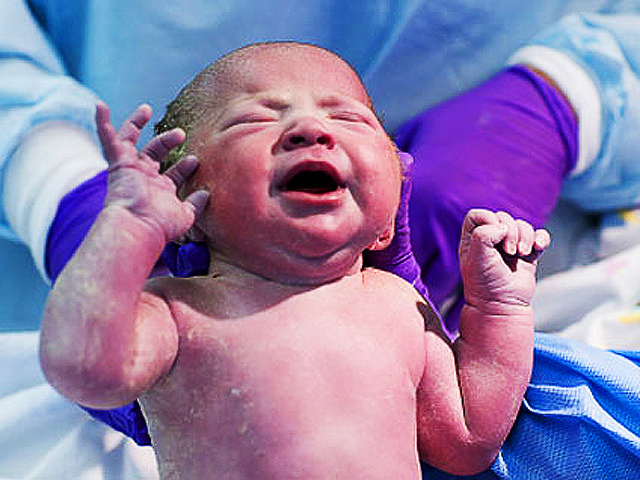 (CBS News) The idea of childbirth scares between 5 to 20 percent of women. A new study suggests they may have another reason to fear the event: It found women who are terrified of giving birth spend longer times in labor.

According to the June 27 study in BJOG: An International Journal of Obstetrics and Gynaecology, the average duration of labor for women who were scared of childbirth was eight hours. Women who did not fear giving birth only spent an average of 6.46 hours in labor.

"Fear of childbirth seems to be an increasingly important issue in obstetric care," study co-author Dr. Samantha Salvesen Adams of the Health Services Research Centre at Akershus University Hospital in University of Oslo, Norway, said in the press release. "Our finding of longer duration of labor in women who fear childbirth is a new piece in the puzzle within this intersection between psychology and obstetrics."

The study looked at 2206 women pregnant with a single child who intended to give birth vaginally. The average age of the women was 30.9 years old, and about half of them were first-time parents.

At 32 weeks, they all took a Wijma Delivery Expectancy Questionnaire (W-DEQ), which measured their fear of childbirth. About 7.5 percent of the women were determined to be scared of childbirth.

Women who feared childbirth also were more likely to need an emergency caesarean delivery (10.9 percent versus 6.8 percent of the women who were not scared) and were more likely to need assistance from an instrument such as forceps to deliver vaginally (17 percent versus 10.6 percent). Overall, about a fourth of women who were scared of childbirth delivered vaginally without any aid from obstetric interventions, compared to 44.4 percent of women who weren't afraid.

"Generally, longer labor duration increases the risk of instrumental vaginal delivery and emergency caesarean section," Adams said. "However, it is important to note that a large proportion of women with a fear of childbirth successfully had a vaginal delivery and therefore elective caesarean delivery should not be routinely recommended."

Dr. Stuart Fischbein, who is a co-author of "Fearless Pregnancy," told CNN that the findings were rather obvious. He said women's irrational fears are often increased by all the horror stories they read today.

"We have a society where sensationalism sells. They're pounded with information [about] things that can go wrong with childbirth. Of course you develop fears," he told CNN.

Fischbein explained that animals in nature normally go to a dark and quiet place to give birth, and are allowed to come and go as they please. However, human mothers are often subjected to odd machines in a strange location while they are strapped down, and have people interrupting their peace. He said this adds to their stress. Fischbein added that a doctor or midwife that can talk a new mother through her fears may be beneficial during labor.