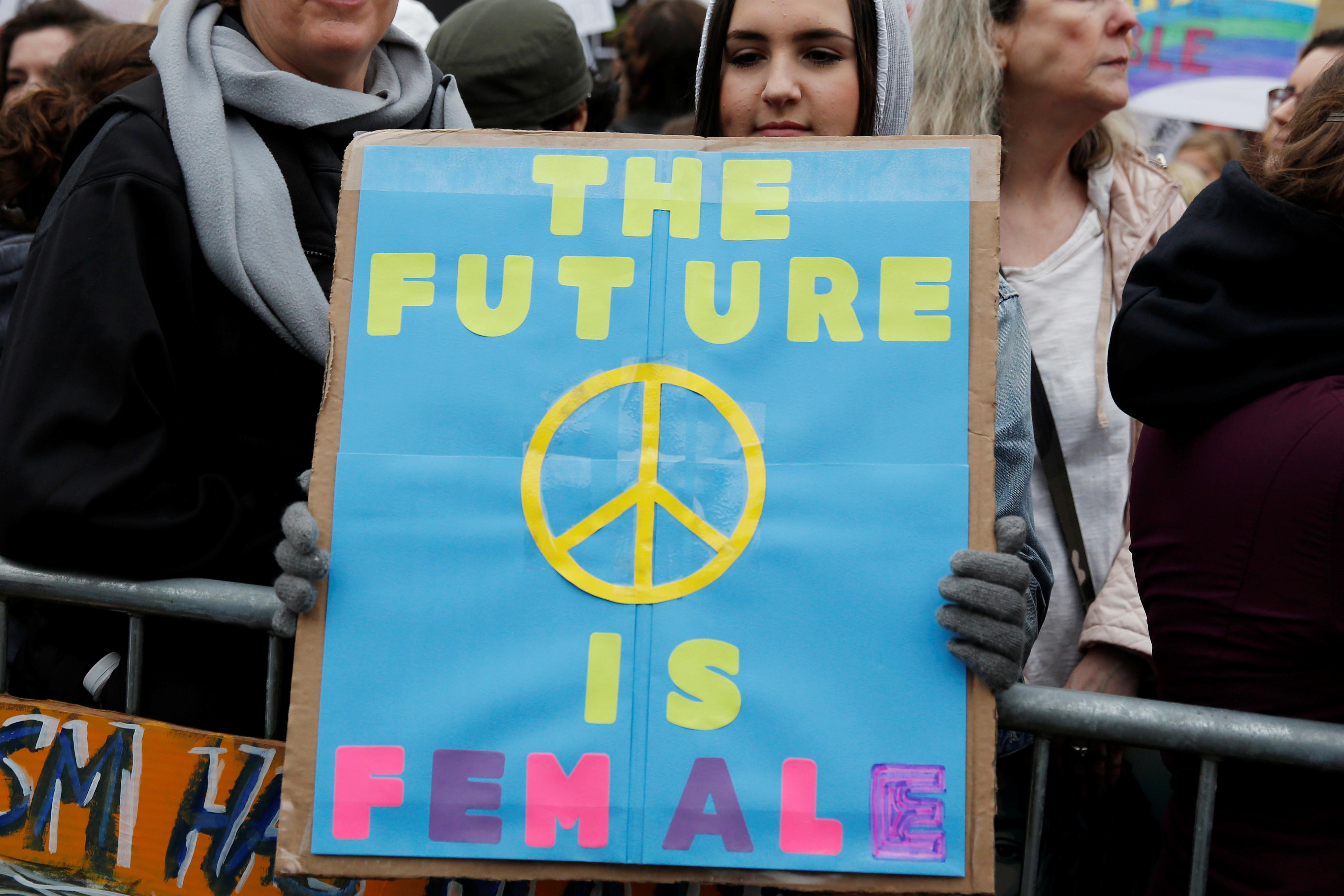 Most women say it's very important for more women to be elected to political office, and a majority think the country would be better off if that happened. Still, partisanship drives views on this.

Partisanship trumps gender on these measures. Three-quarters of women Democrats say it's very important to elect more women, a figure that drops to just about one in five among Republican women. Democratic women are also far more likely than Republican women to believe the country would improve with more women in political office.

A year into Donald Trump's presidency, most women (who are more likely to identify as Democrats, than Republicans) disapprove of his job performance. Half feel his policies have mostly hurt women.

Republican women, however, are far more supportive of President Trump. Eight in 10 approve of the job he is doing, and while few say they have been directly helped by his policies, most don't feel hurt by them either.