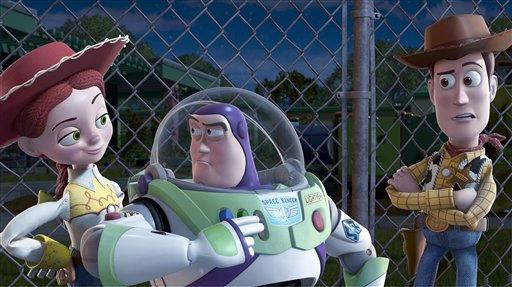 Life might be a bit easier if the men in women's lives were more like them. But, says Cosmopolitan magazine Editor-in-Chief Kate White, it wouldn't be as interesting for women.

"Part of what attracts us to them is they're men and they're different," she tells The Early Show co-anchor Rene Syler.

Each month, Cosmo runs a feature called, "The Man Manual," designed to help women figure out what the men in their lives are thinking. And each month, The Early Show will do that with Cosmo.

In the first such segment, White says, "We make the mistake as women sometimes of thinking that, because (men are) different, there is something wrong. The average guy speaks 2,000 to 4,000 words a day and the average woman 6,000 to 8,000. So we're different, but it doesn't mean there is something the matter with the relationship."

White and Syler go on to discuss, "Five Truths Women Don't Know About Their Boyfriends," as the article in the January issue is called. White points out that, though the title refers to boyfriends, the advice could apply to husbands, as well.

The article below is used with the permission of Cosmopolitan, and any further reproduction is expressly prohibited without such permission.

You love the guy and feel like you pretty much know him and all of his quirks, and yet inevitably, your boyfriend does things during the course of the relationship that make you go "Huh?" That's because there are guy-unique love habits you're not privy to. "Men in relationships have a different code of behavior than women do," explains clinical psychologist Robert H. Phillips, PhD, author of Love Tactics: How to Win the One You Want. "And they're not conscious of these innate traits, so it's not like they could tell you what makes them tick even if they wanted to."

But forget trying to change your guy. Not. Gonna. Happen. The real trick to relationship bliss is understanding how the boyfriend brain really works so you don't spaz every time he baffles you. To help, Cosmo uncovered the reasons guys do the crazy things they do so you can stop scratching your head.

The more serious a relationship gets, the less a man will reassure you.

When you and your sweetie were in the early stages of romance, he might have randomly shown up at your door with flowers or called to check in while he was out with the boys. Nowadays, you have to nudge him to pick up chocolates for your birthday. What gives?

Well for one, back then, Mr. Smooth was trying to woo you. "During courtship, a man will pull out all the stops to win you over," explains Scott Haltzman, MD, clinical professor of psychiatry and human behavior at Brown University. "At the same time, he'll gauge your reactions to these overtures for affirmation that the feelings are mutual." Once he's certain you're smitten, he doesn't need to conduct these little love tests anymore.
Take it from Angela*, 30, whose boyfriend has recently retired his Prince Charming routine. "When we first started dating, Franco showed up at my office with calla lilies, blindfolded me, and whisked me off to a bed-and-breakfast for the weekend. Four years later, I still get the bouquet but not the elaborate production. It makes me wonder if his feelings aren't as strong."

Deep breaths, Angela. Franco's devotion hasn't dwindled. "When a man is confident his relationship is solid, he enters a comfort zone," says Dr. Haltzman. "He'll stop doing those extras because he doesn't need them and assumes you don't either." Unfortunately, this leaves you feeling insecure.
Relax. You can get the reassurance you need if you learn to look for it in other ways. "Men are more likely to rely on simple day-to-day actions rather than sweeping romantic gestures to say 'I love you,'" says Dr. Haltzman. But if you're not looking for these subtle signs, they're easy to miss. Skipping a night out with friends to go to your great-aunt's 95th birthday party might not seem as romantic as a pair of diamond earrings, but essentially the message is identical: He wants to make you happy. Same goes for filling your car with gas, gluing the broken heel back onto your favorite shoes...you get the picture.

Guys always want to have sex with you...even in the midst of a fight.

When Holly, 29, and her fiancé, Charlie, got into a big-time blowup over who forgot to pay the wedding caterer, the argument suddenly changed midstream. "One minute, Charlie is screaming at me, calling me Bridezilla. Then I bend down to pick up my checkbook, he gets a glimpse of my cleavage, and-bam-he's all over me. I lost it! It felt like some sneaky ploy to change the subject."

No doubt you've experienced similar behavior from your beau. We hear you, Holly; it can be infuriating. But before you let his amorous one-eighty make your head spin, take heed: The reason guys are always up for action-even if you're not on speaking terms-is because sex and relationship satisfaction are not the same thing for them. "Most men are masters at compartmentalizing their feelings," says Phillips.

See, for women, emotions run on a continuum. We have a sucky day at work or a misunderstanding with a friend and the residue from the icky experience affects how we feel for the rest of the day. The opposite holds true for men. "A man can tune out everything else and focus solely on the physical excitement and release of sex," says Phillips.

Keep this in mind the next time your guy's out-of-nowhere advance threatens to send you over the edge. The horn dog genuinely can't help the fact that he's physically turned on by you in that heated moment. But, hey, if you seriously need him to back off and listen to you, be up-front. Tell him that what would turn you on more than anything is resolving the issue at hand.

Men love the little things you do. They just won't ever admit it.

You love it when your guy goes out of his way for you. Here's the flip side: He feels equally adored-and appreciative-when you go the extra mile for him. He just won't ever let on. "It's not that he doesn't take note of what you do for him; he does," says Barton Goldsmith, PhD, psychotherapist and syndicated columnist. "But gushing doesn't come naturally to men." Think about it: A guy would never say to one of his boys: "Dude, it was really thoughtful of you to buy me a beer last night." They just don't go there.
Quinn, the fiancé of Jill, 33, is no exception. When he began traveling for work, Jill started tucking cards into his suitcase. "After a few weeks, Quinn hadn't acknowledged the gesture, so I stopped doing it," she says. "Then on his next trip, he called from the airport and was like 'Uh, did you forget something?' and reluctantly admitted he'd been looking forward to another note. It just never occurred to him to tell me how much he had liked them all along."

Like Quinn, your guy probably thinks it's a given that he's grateful. His man logic: "Who doesn't enjoy having nice things done for them?" So stop waiting for a reaction, let alone a thank-you, and keep doing those little things that make you both feel so good.

He may act like a tough guy, but he secretly wants to be babied.

Selma, 24, loves that her boyfriend is a real guys' guy. "He has this sexy Russell Crowe thing going on-a kind of don't-mess-with-me masculinity that I'm totally attracted to." So imagine Selma's surprise when she witnessed him taken down by...the common cold. "He had the sniffles and desperately wanted me to tuck him into bed, bring him soup, and check on him every two seconds. I'd never seen that side of him before."

Like Selma, we often assume that our resident badass doesn't need coddling. Truth is, the fact that your man can lift heavy objects doesn't erase the fact that he still wants to be fussed over on occasion. "All guys are basically kids at heart," says Dennie Hughes, national relationship columnist and author of DateWorthy. "Deep down, they want to be taken care of, and who can blame them? On some level, don't we all?"

But of course, you want to indulge his sensitive side without going into Mommy mode. There's nothing sexy (or fun) about that. Choose little gestures that pamper him but don't compromise yourself, recommends Hughes. Crack open a beer for him when you can tell he's had a crappy day. Help him choose the right tie to wear to a crucial job interview. Buy him a book of stamps at the post office so he can mail his rent check on time. "So-called mothering him doesn't mean you're training him to become dependent on you for everything. Help him out in little ways that allow him to take better care of himself," says Hughes. "That's what he'll really appreciate."

He won't warn you if the relationship is on the rocks.

When her boyfriend of five years called off their engagement three weeks before their wedding, Maryanne, 27, got the shock of her life. "One minute, I was putting the finishing touches on my dream day, and the next, I was crying my eyes out in the fetal position. Honestly, I still don't completely understand why Bill had such a drastic change of heart. I guess he was having doubts all along, but I sure as hell didn't see it coming."

And neither did Bill. That's because guys don't spend a ton of man-hours pondering the state of your union or analyzing its ups and downs. "Men tend to let the little things that irritate them build and build and build without saying a word, because they don't want to deal with the whole relationship drama," explains Hughes. "Then suddenly, their frustrations snowball and they go into crisis mode, ready to end things."

As a result, "it's truly the woman's responsibility to take the pulse of the relationship," says Hughes. That doesn't mean neurotically cornering your guy for a sit-down chat every time you get the slightest twinge things may be heading south. But if you sense your man's acting really removed, check in. Hughes suggests saying something like "Sweetie, I love spending time with you, but lately, you seem preoccupied. What would make you happier?" "If you keep things light and upbeat, he's more likely to be receptive," Hughes adds.

If you're still stumped weeks later, have the full-on powwow. Wait until you're somewhere where eye contact can be kept to a minimum so he feels less threatened. (Think walking side by side instead of sitting across from each other at dinner.) Then ask him straight-out where you stand. You -deserve -answers, after all.