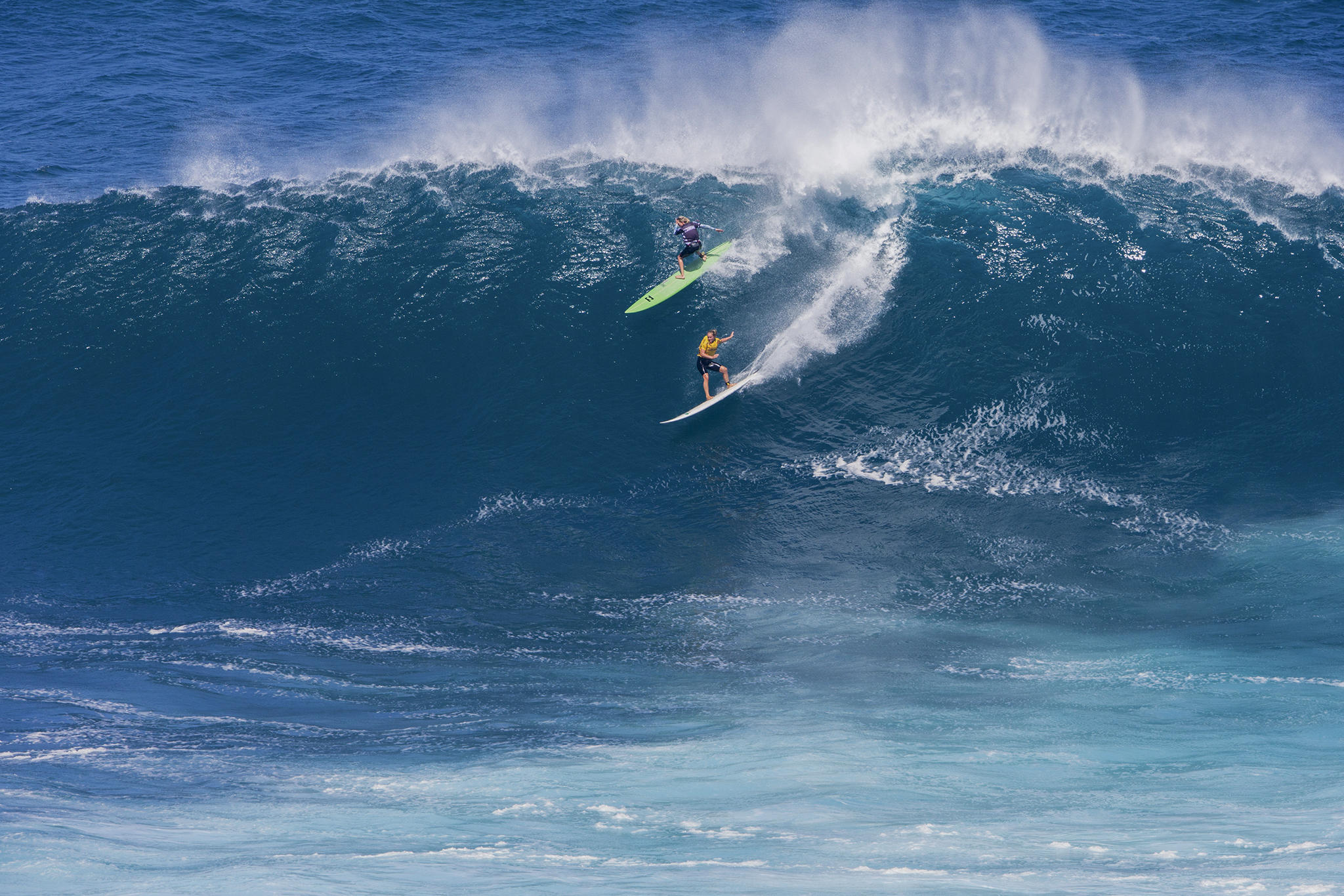 HONOLULU -- Charging into violent waves at a Maui surf break known as “Jaws,” a group of women made history Friday as they competed for the first time in the World Surf League’s big-wave surfing competition.

The female competitors paddled into mountains of turquoise water towering more than 30 feet, but the wind shifted at the start of the first heat and several were pummeled by an unexpected breaking wave.

Women have pushed for years to be included in big-wave surfing competitions, while organizers of some contests argued that conditions at famous breaks such as Mavericks in California were too dangerous for women.

That competition will include women for the first time this season after state regulators said they might refuse to grant a permit if women were not included. And for the World Surf League, which holds professional competitions around the globe, it’s been a matter of getting enough participants to hold a women’s event.

Competitor Bianca Valenti, who has pushed for women to be included in professional big-wave surf contests, called the day a big step forward for women in the sport.

“It’s the least we can do to speak to the election the other day,” Valenti told The Associated Press in a phone interview before the competition, referring to Hillary Clinton’s defeat by President-elect Donald Trump.

“I watched Hillary’s concession speech and what she was saying - how important it was for women to really stand up now more than ever to break the glass ceiling - and that really resonated a lot,” Valenti added.

There are 12 women and 24 men competing in separate events at the perilous Hawaii break, where competitors’ training regimes include building up the ability to hold their breath underwater for four minutes in case they are pinned under by crashing waves.

Two women were taken to the hospital with knee injuries during Friday’s first heat, and Valenti’s surfboard broke in half during the second heat when she wiped out on a wave.

Paige Alms, a surfer from Hawaii, also had a few humbling wipeouts, but won the competition.

“I still feel like it’s kind of a dream, but ah, I can’t believe it,” Alms told the World Surf League after her win. “What a blessing to be out there with just a couple girls. That was special, for sure.”

The World Surf League only recently began holding a big-wave competition, spokesman Dave Prodan said. With a small window of time when conditions are right, it’s hard to accommodate a large group of men and women, he added.

“Women have for years and years been participating in the big-wave community, but probably only in recent years have you had a jump in participation to the point where you have that depth in the field to hold an event,” Prodan said.

In California, the renowned big-wave competition Titans of Mavericks agreed to include women for the first time this season, although it has not yet been held.

“This is really about paving the way for the future generations and creating opportunities for them,” Valenti said. “Just the importance of using our voice all the time and speaking up for what we want.”