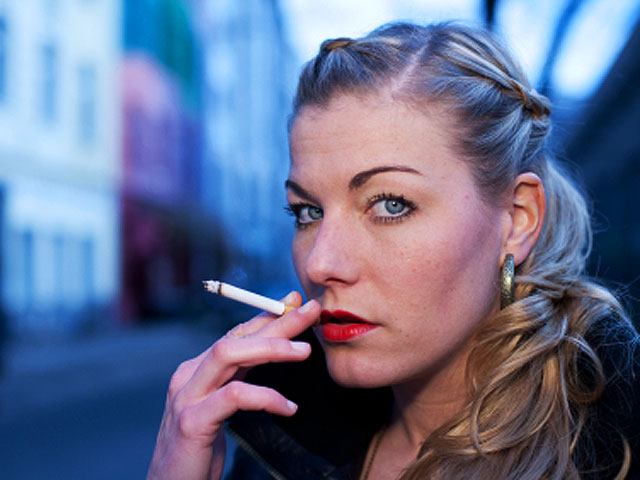 (CBS/AP) Lung cancer deaths in women are falling for the first time, according to a new report. It's a tiny decline - just under 1 percent a year - but cancer experts say it could mark a turning point in the smoking-fueled epidemic of lung cancer.

"It looks like we've turned the corner," said Elizabeth Ward of the American Cancer Society, who co-authored Thursday's report in the Journal of the National Cancer Institute. "We think this downward trend is real, and we think it will continue."

The long-anticipated drop comes more than a decade after a similar decline began in U.S. men. Lung cancer remains the leading cancer killer in the U.S. and around the world.

Overall, death rates from cancer have been falling for years, thanks mostly to gains against colorectal, breast, prostate and, in men, lung cancer. Preventing cancer is better than treating it, and the country has documented smaller but real declines in new cases as well.

The report shows death rates falling an average of 1.6 percent a year between 2003 and 2007, the latest data available. Rates of new diagnoses declined nearly 1 percent a year, according to the report.

Lung cancer is expected to kill more than 159,000 Americans this year, nearly 70,500 of them women. So even a small improvement in survival is welcome, and can add up over time, said Ward.

Smoking became rampant among men long before women, and thus men's lung cancer deaths soared first. But in the early 1990s, death rates began dropping among men as older smokers died and fewer younger men took up the habit. Those rates were dropping 3 percent a year between 2005 and 2007, the report said.

Researchers had long anticipated the same pattern would appear among women, and had been tracking signs that women's death rates had begun inching down for a few years. But only now with a solid five-year trend are they confident that the decline is real, said National Cancer Institute statistician Brenda Edwards, a report co-author.

But Edwards noted that the cigarette industry targeted advertising toward women in late 1960s and '70s, what she calls "the Virginia Slims effect" that boosted smoking among young women at the time. It's possible that those women will temporarily bump up the death count again as they age, she said.

Among the report's other findings: