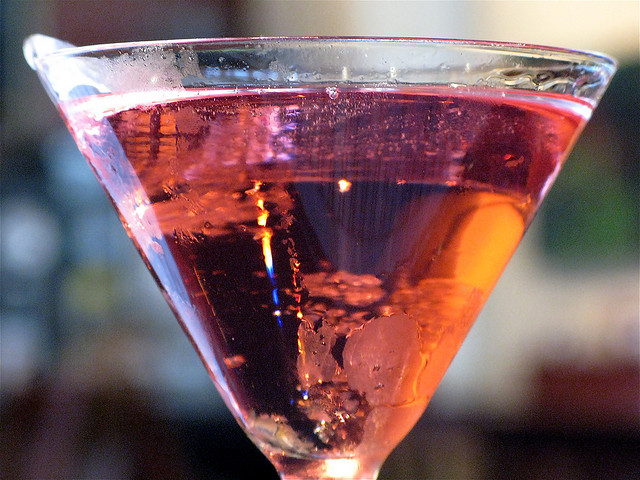 Gabrielle Glaser is a journalist and the author of "Her Best-Kept Secret: Why Women Drink - And How They Can Regain Control." She is featured on this week's "48 Hours" investigation into the murder of Karla Mendez Brada, "The Sober Truth."

Women in America are drinking more than ever in recent history, and they are suffering growing consequences.

For three years, I researched the topic of women and alcohol for a 2013 book, "Her Best-Kept Secret: Why Women Drink - And How They Can Regain Control" (published by Simon and Schuster, a division of CBS), and I turned up some alarming facts. Gallup pollsters have repeatedly found that the more money and education a woman has, the more likely she is to drink. Government studies show that the number of white, black, and Latina women who classified themselves as regular drinkers jumped significantly between the 1990s and early 2000s.

On the surface, women's increased consumption looks like a sign of equality. But this is one area in which parity has disparate outcomes: Women are more vulnerable than men to alcohol's toxic effects. Their bodies have more fat, which retains alcohol, and less water, which dilutes it, so women drinking the same amount as men who are the same size become drunk more quickly, and stay intoxicated longer.

Brada's experiences are part of a larger, dismaying trend: Between 1999 and 2008, the number of severely intoxicated young women who wound up in emergency rooms rose by 52 percent. From 1992 to 2007, the number of middle-aged women who checked into rehab for alcohol nearly tripled.

Overwhelmingly, the treatment these women receive -- like Karla -- is derived from the principles of Alcoholics Anonymous. The program, developed in the 1930s, demands that it members abstain from drinking, cede their egos, and accept their "powerlessness" over alcohol.

While that program has helped many, it's important to note that science now offers a great number of options that are based in evidence -- cognitive behavioral therapy, motivational enhancement, anti-craving medications -- that can be far more effective than A.A. and its offshoot, Narcotics Anonymous, N.A.

My research showed that the majority people of people who go to A.A. don't find help there -- and many are harmed. Anonymity rules help obscure people with criminal records, and many new members, especially women, report being the targets of unwanted sexual advances. Some A.A. members euphemistically call this "the 13th Step."

One study showed that this is the rule, not the exception: Many women are groped; some are raped. Karla Mendez Brada was murdered. Unlike Karla, Eric Allen Earle, who was charged with her murder, was not introduced to A.A. voluntarily. Though he was attending meetings as a requirement of the sober-living facility where he chose to stay, a series of judges and parole officers had previously ordered him to go as an alternative to jail.

As more women drink, more will get into trouble with their drinking. It's time we understand that there are many roads to recovery.